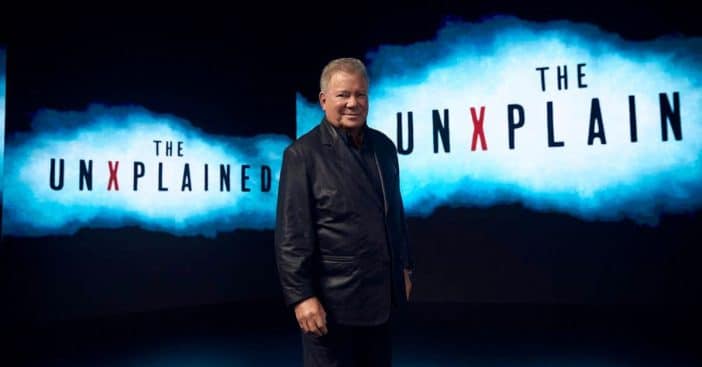 William Shatner doesn’t seem afraid of death. In fact, he’s already preparing for his meeting with God in the afterlife. In his new memoir called Boldly Go, he opens up about his childhood, his acting career and Star Trek days, and his feelings on faith and what happens when we die.

He admitted that he has thought a lot about what he’d like to say to God when he dies. He said, “And those words are? ‘’I didn’t know that.’ Or, more succinctly: ‘Wow.'” William has thought about his faith for many years and even explored it with one of the Star Trek films.

William directed the Star Trek film The Final Frontier and the plot deals with searching for God. He explained, “Yeah — I thought, ‘What a great plot it would be to have this familiar group of people go in search of God and what they find is the devil! Then they have to wrestle with the devil and escape.’”

He continued, “Everybody was like, ‘Wow that’s a great idea!’ And then somebody at the studio said, ‘Well, whose God is it? We’ll alienate someone if you choose a God… we can’t do it.’ And then somebody else said: ‘What about an alien who thinks he’s God.’ And I thought, ‘I can save my premise if I can do that.’ What I didn’t realize is that I had weakened it.”

William added that he doesn’t know if he will see those he lost, including his parents, when he dies. He explained, “But there’s no logic in the idea that you’re going see your parents [when you die]. That means they’re old, and they don’t want to be old! They want to be lovers before you were conceived. So that whole thing doesn’t make any sense. What does make sense is the renewal and the evolution of the connection between us and the universe. The story as we know it is that our bodies return to the stars, but happens to this beautiful thing inside us?”

Click for next Article
Previous article: Elvis Presley Tried Getting Colonel Tom Parker Out Of His Life, Says Family
Next Post: Royal Expert Claims Meghan Markle Has ‘Made A Lot of Enemies’ After Playing The ‘Victim’