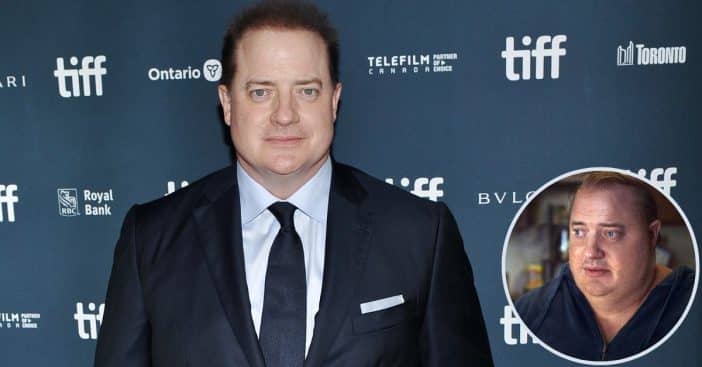 Brendan Fraser was recently supported by his partner Jeanne Moore at the UK premiere of his newest film The Whale, which has already received rave reviews. The two were attending the seventh day of the BFI London Film Festival.

This isn’t the first time Jeanne has made a public appearance in support of her partner. She made her first public appearance with him at the Venice Film Festival just last month, where she stunned in a dazzling blue gown and he opted for a black suit.

Brendan Fraser, 53, is supported by his partner Jeanne Moore at The Whale’s UK premiere during the London Film Festival – after receiving rave reviews for his performance
via https://t.co/iDmtTZlBDX https://t.co/MJVDVbZtKp

The Whale, which has already premiered in other countries, has already received outstanding reviews from critics, and has singlehandedly kickstarted Fraser’s career comeback. He had previously stepped out of the spotlight after struggling with depression. The Whale received a standing ovation after one of its premieres, proving that Fraser’s still got it.

The film is a psychological drama that sees Fraser undergoing a physical transformation that none of his fans were ready for. He plays a 600-lb. gay man confined to a wheelchair, and while he also wore prosthetics for the film, fans were shocked to see his transformation. According to the Daily Mail UK, the synopsis of the movie reads, “A reclusive English teacher suffering from severe obesity attempts to reconnect with his estranged teenage daughter for one last chance at redemption.”

The film is currently slated to hit theatres on December 9th, which jumpstarts his first leading role in a film since Breakout in 2013. Fraser first found his breakthrough through films like George of the Jungle and The Mummy. His physique made him an instant Hollywood heartthrob at the time, and fans loved to see him perform high-action stunts in his movies. In a later interview, Fraser revealed that all those stunts had actually taken quite a toll on his body.

Click for next Article
Previous article: ‘Baywatch’s’ Donna D’Errico Stuns In Lingerie After Being Told She’s ‘Too Old’
Next Post: Jane Fonda Makes First Public Appearance Since Her Cancer Diagnosis