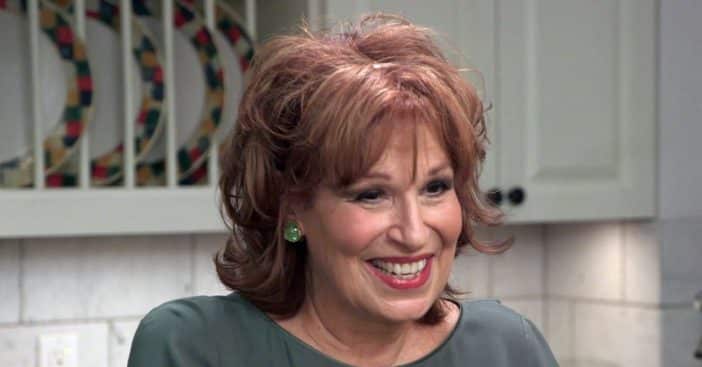 The View host Joy Behar has dismissed rumors about her quitting the American talk show anytime soon. Before her 80th birthday, Behar had an interview with People, during which she revealed how she is still very much willing to continue her career and keep it running smoothly. “I just signed a contract, so I’ll be here for a while,I have no plans to retire,” she claimed. “I’m happy to be a part of it. So no, I’m not going anywhere. I’m having a good time.”

Also, the Hiding Out star talked about how amazing the series has been while reminiscing about her time on The View. “It’s really, you know, something that is an important show in many ways,” she continued. “Sometimes I don’t believe that, as I’ve been here since the beginning, but we’re the most-watched show in daytime. Most-watched!”

In a recent episode of the show, other co-hosts celebrated Behar’s 80th birthday despite her absence from the show. Co-host Whoopi Goldberg was the first to pay her colleague a tribute, “We want to start by wishing Joy a very happy birthday.”

She continued, “We will have plenty of celebrating when she gets back here next week,” Goldberg revealed. “But you know we had to say it, because, you know, she hates it when we do.” Furthermore, new co-host Ana Navarro offered her congratulatory message to Behar, “So let’s say it in two languages: feliz cumpleaños.”

Joy Behar’s run on ‘The View’ as a co-host

The Cookie star is one of the founding panelists who launched The View in 1997. Behar came as a replacement for host Barbara Walters, who had days off from the show. The 80-year-old starred in the series alongside Star Jones, Meredith Vieira, Debbie Matenopoulos, and Walters.

At first, Behar was featured to provide comic relief to the panel, hosting a segment called “Joy’s Comedy Corner,” where she presented both established and up-and-coming comedians. After a 16-year run, Behar was fired from the series. However, she later returned as a guest in 2015. In a conversation with Time, she talked about her exit from the show and how it was a blessing in disguise, “I was glad to be fired. I basically was sick of the show at that point for some reason, I don’t even remember why.” Needless to say, she made a triumphant return.

Also, in an interview with People, Behar further stated that she still can’t pinpoint what led to the show firing her. “We still don’t know why they dumped me,” she concluded. “They still don’t know why I was sacked? That was very stupid of them. But they learned their lesson.”