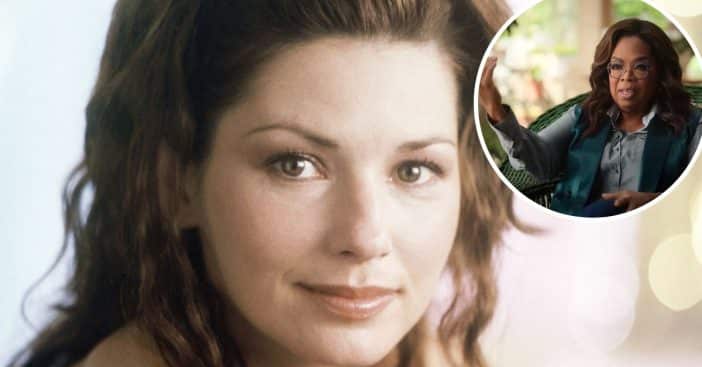 Shania Twain is opening up about an awkward dinner she had with Oprah Winfrey. In a podcast, she recalled the dinner but did not mention when it took place. She said, “I think one of my most memorable dinners was with Oprah Winfrey. She’s such a smart lady.”

Shania admitted that she isn’t very religious but “more of a spiritual person.” She added, “I would say I’m a seeker.” She also shared that it helped her learn an important lesson that people should never talk about politics or religion at a casual dinner.

Shania said that she was open to having a discussion about politics but Oprah made it clear that “it just wasn’t debatable.” Shania explained, “There was no room for debate, and I like to debate. Canadians like to debate everything. So, I’m like, ‘Oh, OK. It’s time to change the subject.'”

Even though it was a bit of an uncomfortable dinner, it didn’t seem to affect their working relationship. Shania has been interviewed by Oprah many times over the years and they worked together in the docuseries called Why Not? With Shania Twain. Do you agree with Oprah that religion should not be debated or are you always up for talking things out and sharing different opinions?

Click for next Article
Previous article: Filming ‘Mork & Mindy,’ Robin Williams Was At His Wildest Between Takes
Next Post: The Late Coolio And Kenny Rogers Were Friends And Collaborated On A Song Together