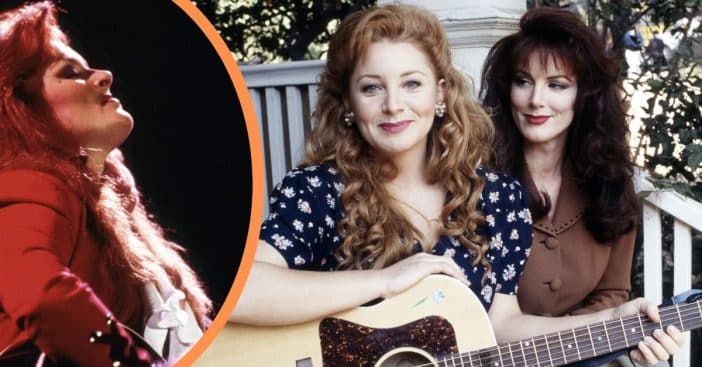 It’s been almost five months since Naomi Judd died by suicide on April 30. She was found by her daughter Ashley, and both she and sister Wynonna Judd are still deeply affected by the loss, with Wynonna admitting she still cries from the loss.

Ashley and Wynonna admitted to having a complicated with their mother, who had also been haunted most of her life by past traumas. Wynonna maintained a country music career alongside Naomi and has been keeping her memory alive even while working without her partner and mother. Now, she is sharing an update on her own emotional journey and the pain that has endured.

“How am I coping? It depends on the [situation],” Wynonna revealed. “I’m on the phone talking and all of a sudden I’ll just begin to weep. Then 10 minutes later, I’m making a dinner and I’m talking to my husband about our date night. Then my granddaughter comes and I cry some more. I cry a lot. That’s okay… It doesn’t mean it’s a sign of weakness.”

In addition to personal updates, Wynonna has also shared what she learned and knows about the complicated process of loss and grief. “I’ll tell you what I know about death. In death, there is life,” said Wynonna. “I feel both at the same time simultaneously,” she says. “I feel joy and sorrow. I’m walking in paradox. I’m literally a walking contradiction. I feel joy. I feel pain. I feel light. I feel dark.”

Hurting and healing have been tangled together for the sisters

Things have not always been clean-cut between Naomi, Wynonna, and Ashley Judd. They lived geographically close together but when Wynonna married Cactus Miser in 2012, both her mother and sister were not invited to the ceremony. Actress Ashley also penned a memoir called All That Is Bitter and Sweet, which told a story of “trauma, abandonment, addiction, and shame” and reportedly sparked tension within the small family.

Despite all the messiness, which Naomi had in the past summed up simply as “that mother-daughter relationship,” those who remain are still contending with the storm of emotions Naomi’s death has caused. “When you lose someone you love, it’s like, ‘Holy crap, this is really happening. Is this really happening?’” Wynonna has revealed. “Your brain goes, ‘No, this isn’t really happening.’ Then you go home and I realize, yeah, my mom’s not here anymore.” Wynonna still cries but feels all of this is “going to heal me,” adding, “I’m teaching what I want to learn, which is how to have peace and joy in a really negative [space]. I want people to know that they’re loved. I want people to know that there is hope.”

RELATED: Ashley Judd Speaks About Life After Her Mother’s Death And How She’s Forgiven Her

Click for next Article
Previous article: Martin Short And Shania Twain Set To Appear In ‘Beauty And The Beast’ Special
Next Post: Royals Haze All Newcomers But Meghan Markle’s Treatment Is “Treasonous,” Says Royal Cousin