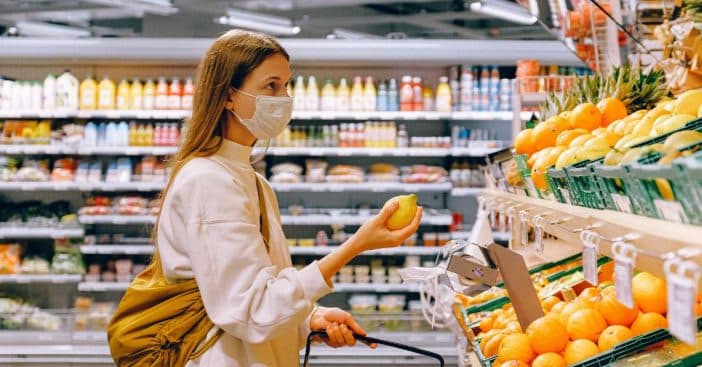 The price of food has jumped by 13.5% in the last market year (August 2021 – August 2022). This is considered the largest increase since 1979. It was reported that the yearly rise in the U.S. consumer price index was 8.3% in August, as food generally became more expensive by 11.4% than in earlier years.

Also, many food items experienced a double price increase over the 12-month duration. Eggs recorded the highest increase by 40%, followed by margarine which shot up 38%, and flour recorded the lowest rise by 23%.

The U.S Department of Agriculture talks about the hike in food commodities

The US Department of Agriculture analyzed that the factors across the country, such as ongoing supply chain issues and higher energy, transportation, and labor cost, have all contributed to the hike in prices across food categories. The dozen price of large grade-A eggs now stands at a record high of $3.12 which accounts for an alarming increase of 82.3% from a year ago.

RELATED: New USPS Prices Now In Effect — What Does This Mean Going Forward?

However, the USDA claims that the Avian flu outbreak is also responsible for the increase in the price of poultry products. The price of chicken soared by 16.6% when compared to previous years. “This outbreak has contributed to elevated egg prices and increasing poultry prices as over 40 million birds, 189 commercial flocks, and 39 States have been affected,” the department reveals.

The U.S Department Of Agriculture hints at price changes

A monthly survey from Purdue University reveals that the trend for consumer estimates of annual food price inflation for both the past year (last 12 months) and the present year (next 12 months) is decreasing. This poll “suggests that the fall in price categories like gas might be influencing consumers to believe that food prices are falling too,” the survey reads. The only relief at this point is that prices might soon start falling as the year progresses.

The USDA also projects that the hike in food items should decline through the end of the year and into 2023 due to higher interest rates, lower commodity prices, and lower energy prices. “Food prices are expected to grow more slowly in 2023 than 2022, but still above historical average rates,” the USDA reveals.