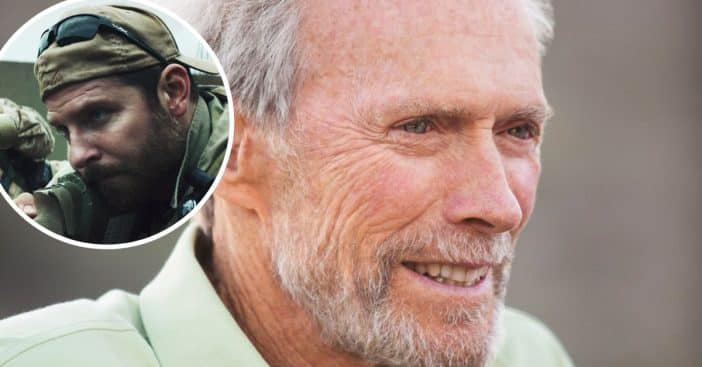 One of Clint Eastwood‘s most popular films is finding success once again on HBO. Clint’s American Sniper was number one on the HBO Top 10 a few weeks ago and stayed in the top five for a while. When it came out in 2014, it did quite well at the box office and remains Clint’s highest-grossing film to date.

The film follows the memoir of Chris Kyle, a United States Navy SEAL sniper. The film itself was controversial due to the nature of the content and since the memoir itself was a source of controversy. Chris was murdered in 2013 and in the years since his estate has been sued for things he claimed in the book.

For instance, his estate lost a defamation suit filed by former Governor of Minnesota and ex-Navy SEAL Jesse Ventura. Jesse and others have claimed that many of the details in the memoir are exaggerated. Chris claimed to have made 320 kills in his career but there were only records of 160.

Even so, Chris was awarded four bronze stars and a silver star in his lifetime. The movie based on his life and memoir did well too, receiving six nominations for Academy Awards. The movie did win the award for Best Sound Editing.

Clint directed the film starring Bradley Cooper as Chris. It is now considered one of the highest-grossing war films of all time and its continued popularity shows that it will remain at the top for years. Have you seen it?