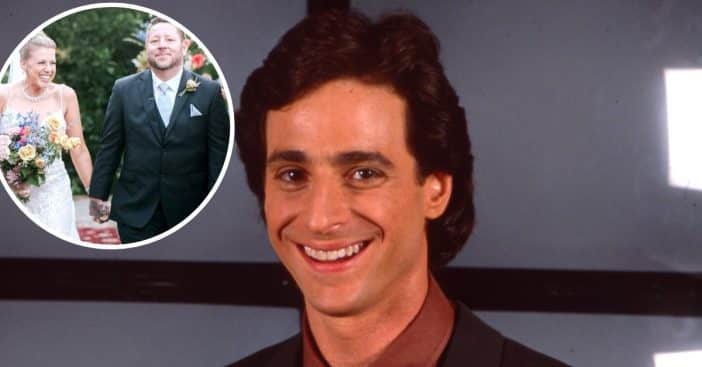 Full House and Fuller House star Jodie Sweetin recently wed Mescal Wasilewski in a private ceremony. She invited several of her former castmates to the wedding. Sadly, Bob Saget passed away this year but she said she still felt his presence on the wedding day.

In a strange way, part of him was actually there. Jodie shared a very heartwarming tale of how John Stamos accidentally wore one of Bob’s shirts to the wedding. She said he was about to leave the house when his wife Caitlin McHugh told him he should change shirts.

In a hurry, he put on a different shirt that would match better but later realized it was a bit too big on him. That’s when he realized it was actually one of Bob’s shirts that Bob’s widow, Kelly Rizzo gave to John.

Jodie shared, “And it was this black button-up that Bob would always wear. Bob always had a black button-up on. Bob was there in his weird little way. I hugged John and then… kissed the shirt and I was, like, ‘Bob’s here, too.'”