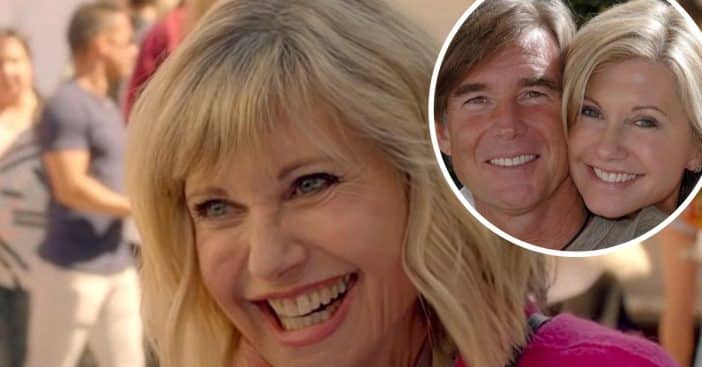 John Easterling and Olivia Newton-John had been married since 2008. They eloped in Peru and later had a beach wedding in front of family and friends in Florida. In recent years, they lived together at their Southern California ranch. She recently passed away at the age of 73.

After confirming her death, John shared an emotional tribute on social media. He wrote her a letter alongside a photo of the two of them. It began, “Olivia, Our love for each other transcends our understanding. Every day we expressed our gratitude for this love that could be so deep, so real, so natural. We never had to ‘work’ on it. We were in awe of this great mystery and accepted the experience of our love as past, present and forever.”

He continued, “At Olivia’s deepest essence she was a healer using her mediums of song, of words, of touch. She was the most courageous woman I’ve ever known. Her bandwidth for genuinely caring for people, for nature and all creatures almost eclipses what is humanely possible. It is only the grace of God that has allowed me to share the depth and passion of her being for so long. In her most difficult times she always had the spirit, the humor, and the will power to move things into the light.”

The post concluded, “Even now as her soul soars, the pain and holes in my heart are healed with the joy of her love and the light that shines forward. Our family deeply appreciates the vast ocean of love and support that has come our way. Onward Ho John Easterling”

In his statement after her death, he mentioned that the Olivia Newton-John Foundation Fund will continue to help others and asked for donations in lieu of flowers. Olivia is survived by John and her daughter Chloe, from her first marriage.

Click for next Article
Previous article: Ozzy Osbourne Hits The Stage Only Two Months After Major Surgery
Next Post: Steve Martin May Retire After ‘Only Murders In The Building’