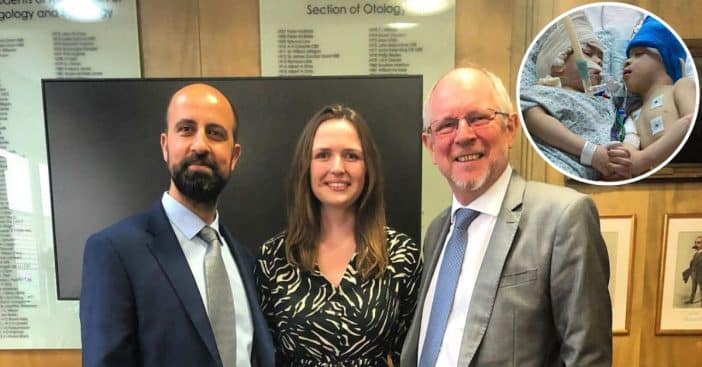 It was a beautiful day in the city of Rio de Janeiro, where twins, Bernado and Arthur Lima, who were conjoined at the head, were separated by a neurosurgeon from England. Gemini Untwined, a charity organization, made an announcement on Monday that the twins had survived seven surgical procedures at the Instituto Estadual do Cerebro Paulo Niemeyer in Rio de Janeiro. The surgeries were directed by pediatric surgeon Noor ul Owase Jeelani who flew in from London’s Great Ormond Street Hospital. The pediatric surgeon only had four 15-minute breaks for food and water throughout the concluding 27-hour surgical procedure. The Lima twins are currently on a six-month rehabilitation in the hospital and have made history as the oldest set of craniopagus twins with a fused brain to be separated.

Craniopagus twins is “a term for two independent children that are connected to each other with fused skulls, intertwined brains, and shared blood vessels.” According to reports, the last two surgeries lasted for a total of 33 hours and had about 100 medical staff attending to the patients during the procedures. Jeelani tagged the procedures ” a remarkable achievement” as it compels medical professionals to understand the nitty-gritty of virtual reality training programs for a while before making an attempt to perform the actual surgery. This training, for the first time, allowed surgeons who were in different countries to work together, said Jeelani

Jeelani Spoke About The Surgery

Noor ul Owase Jeelani, the founder of Gemini Untwined, which was established in 2018, stated that he was worried about the surgeries because previous attempts at separating the twins had led to complications from scar tissue. Raining accolades on the successful operation, “in some ways these operations are considered the hardest of our time,” he said to The Evening Standard.

According to a statement from The Independent, Jeelani revealed that “The successful separation of Bernardo and Arthur is a remarkable achievement by the team in Rio and a fantastic example of why the work of Gemini Untwined is so valuable. Not only have we provided a new future for the boys and their family, we have equipped the local team with the capabilities and confidence to undertake such complex work successfully again in the future. It is through this process of teamwork and knowledge-sharing globally that we can hope to improve the outcome for all children and families that find themselves in this difficult position. This is only possible through generous donations from members of the public.”

According to its website, the charity organization’s mission statement reads, “Our mission is to offer hope and medical solutions to challenges faced by craniopagus children and others with complex craniofacial conditions.

To further global health equity and access, enabling the treatment of children and the training of medical teams across the world; and to continue to push the boundaries of medical innovation and research.”

CEO of the organization, Marelisa Vega, in a statement to PEOPLE, said that the organization is “incredibly proud of the Gemini Untwined team, especially our founder Mr. Owase Jeelani and Professor David Dunaway, who have been advising the team at the Instituto Estadual do Cérebro Paulo Niemeyer for months via virtual reality.”

Jeelani traveled to Rio de Janeiro, Brazil, to spearhead the final surgeries. The charity organization has been able to perform six surgeries to separate Craniopragus twins in the three years of its establishment. “All twelve children involved in the surgeries have survived,” the organization stated.