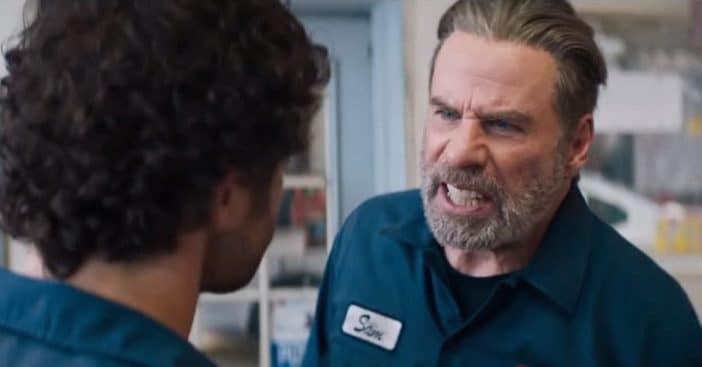 One of John Travolta’s flopped movies with a 0% score on Rotten Tomatoes is now on Netflix’s Top 10 list. The film called Trading Paint came out in 2019 and while also showcasing a 0% critic score, it also has a 31% audience score. The movie focused on Travolta’s character, Sam, who often races with his son Cam, but then Cam joins the team of one of Sam’s rivals. This prompts Sam to come out of retirement to return to racing.

“Sure, there’s potential for pleasure in an old story done right, but Travolta croaking out a Southern accent as he overplays his outbursts and emotional reconciliations doesn’t qualify,” The New York Post’s Johnny Oleksinski sounds off, while Glen Kenny for RogerEbert.com calls the movie a “decidedly undistinguished dirt-racing film.”

However, at the time of writing, it does look like the film has officially dropped back out of the top 10, so maybe its reign is coming to an end. But it does have bragging rights for being on the Netflix top 10 list at all. Aside from Trading Paint, The Gray Man boasted one of Netflix’s most popular debut weekends in history, and a sequel and spin-off have been confirmed as a result.

Other flopped Travolta movies in recent years includes 2019’s The Fanatic, a movie in which special needs superfan called “Moose” stalks down one of his favorite actors. Right now, the actor is working on two projects called American Metal (slated for a 2023 release) and Paradise City.

Click for next Article
Previous article: “We Had The Most Wonderful Life”—Paul Sorvino’s Wife Speaks About Their Marriage
Next Post: Wynonna Judd Cried During Performance Of ‘Both Sides Now’ With Joni Mitchell