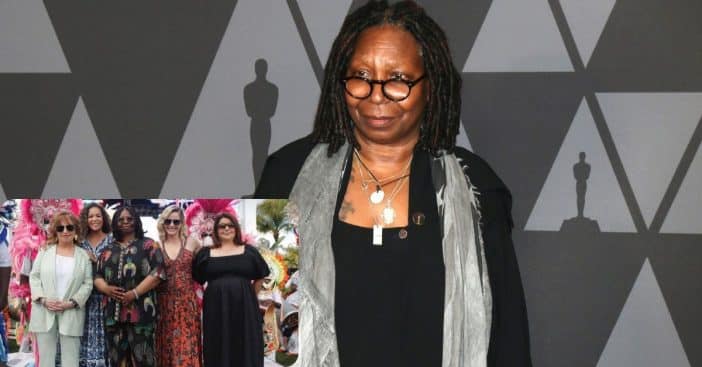 Whoopi Goldberg has apparently broken The View tradition and has flat-out snubbed excited fans in their live audience. The taping of the show kicked off mostly as normal, with co-hosts Sara Haines, Sunny Hostin, Joy Behar, and guest host Alyssa Farah Griffin each greeting the crowd with waves when they walked in—except for Goldberg.

Goldberg instead ignored the crowd entirely while she walked onstage with Michael Strahan to promote his new game show on ABC. Even Strahan acknowledged the audience, but Goldberg did not.

Why did Whoopi Goldberg completely snub her fans?

Goldberg eventually did wave to the crowd and acknowledge them after a group of fans cheered her name. Despite this initial snub, it looks as though she eventually did warm up to the crowd afterward, but there’s no real explanation as to why she acted this way. She even took a socially-distanced selfie with a fan before the show wrapped and she said ‘goodbye’ to the fans.

RELATED: Fans Of ‘The View’ Call Out Show For Playing Favoritism With Its Hosts

According to The Sun, it had been hinted at previously that Goldberg was thinking about leaving The View in an off-air question she’d answered. When a fan asked Goldberg if she planned to come out with a clothing line, she replied no, but that she was coming out with a Prosecco line, which prompted theories about new business ventures for the actress in exchange for old ones.

If Goldberg were to leave the show, this wouldn’t be the first time in recent years. Just last year, long-time conservative View co-host Meghan McCain left the show, eventually citing how toxic the environment had become for her, after years of back and forth with her liberal co-hosts such as Joy Behar. Even Goldberg seems to be feeling the heat as she squabbled with Behar on the show recently when Goldberg cut Behar off when discussing American politics.

Only time will tell if we see Goldberg eyeing another business venture and leaving The View behind for good.