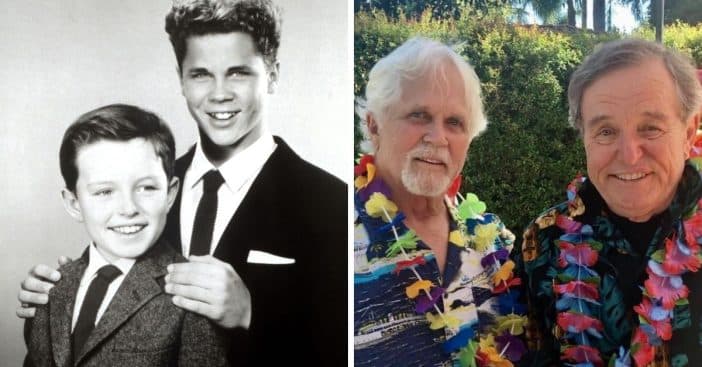 Jerry Mathers has paid tribute to his late Leave it to Beaver co-star Tony Dow, who was recently reported dead after a battle with cancer. “It is with the utmost sadness I learned of my co-star and lifelong friend Tony Dow’s passing,” the 74-year-old said to Fox News Digital following Dow’s death. “He was not only my brother on TV but in many ways in life as well. Tony leaves an empty place in my heart that won’t be filled.”

He continues, “He was always the kindest, most generous, gentle, loving, sincere and humble man, that it was my honor and privilege to be able to share memories together with for 65 years. Tony was so grateful for all of the love and support from our fans across the world.”

Dow’s son, Christopher, also had some words to share for his late father. “Although this is a very sad day, I have comfort and peace that he is in a better place,” he said in a Facebook statement. “He was the best Dad anyone could ask for. He was my coach, my mentor, my voice of reason, my best friend, my best man in my wedding, and my hero.”

“My wife said something powerful and shows the kind of man he was. She said: ‘Tony was such a kind man. He had such a huge heart and I’ve never heard Tony say a bad or negative thing about anyone.’”

Dow played older brother Wally Cleaver to Mathers’ Theodore “Beaver” Cleaver on the ’50s sitcom Leave it to Beaver. They played the sons of June and Ward Cleaver (Barbara Billingsley and Hugh Beaumont). Beaumont died back in 1982 and Billingsley died in 2010. Ken Osmond, who had played the role of Wally’s best friend, died back in 2020.

Click for next Article
Previous article: Larry Birkhead And Daughter Dannielynn Take A Backstage Snap With Janet Jackson
Next Post: Bob Odenkirk Thanks Fans For Their Support One Year After His Heart Attack