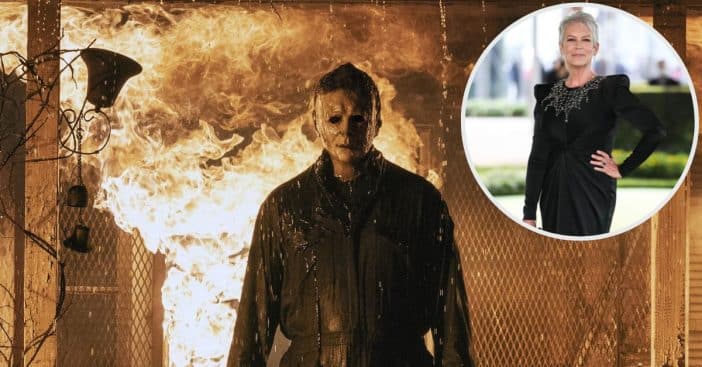 Forty-four years is a long while to repeatedly play a character and maintain fans’ love for that character with good acting. Only a few movie stars have excelled at this – one of them is Jamie Lee Curtis. Jamie Lee Curtis is the actress cast as Laurie Strode in the Halloween movies. And as the Halloween film franchise finally draws the curtain on the making of the movie with the last installment, Halloween Ends, which will hit the cinemas soon, Jamie was interviewed by PEOPLE about the upcoming movie and how she feels about the end of her 44 years stint playing Laurie Strode.

Jamie Lee Curtis has this to say about the end of her chapter as Laurie Strode: “Well, you know, endings are a bitch, and endings are very difficult to do in a very satisfying way.” The actress thinks Halloween movie fans will find it unbelievable that the end has finally come, just as she did while shooting the movie. The actress remarked that it was difficult to digest the fact that the end of Laurie Strode had come “after 44 years of portraying her.” Nevertheless, she said the journey “felt very satisfying.”

Jamie Curtis is convinced of the uniqueness of Halloween Ends in the horror movie industry. This is why she thinks, “It is going to surprise people.” Beyond the element of surprise that the movie carries, Curtis believes the movie has all it takes to satisfy its fans; hence she expects them to be satisfied; concerning this, she says, “I think people will be very satisfied with the movie, and I think they will be very moved. They’re going to lose their minds.”

Curtis also chipped in an opinion about the connection between the movie, evil and darkness, saying, “I think what’s been really interesting is that we figured out, David Gordon Green and his collaborators, a way to make a very satisfying movie about human beings and the nature of evil. It’s dark for sure, but the world is dark right now.” Overall, the actress is upbeat about the prospects of the last installment of the Halloween film franchise.

In the final Halloween movie trailer, Laurie Strode, Jamie Curtis, is seen daring Micheal Myers to a fight by saying “Come one, let’s go.” And immediately after Myers is seen slamming her on a table. The trailer contains another scene where Laurie Strode further dares Micheal Myers and a few more scenes before ending at the scene where Strode can be seen ferociously stabbing Myers.

Several members of the cast of the first two movies – 2018’s Halloween and 2021’s Halloween Kills – in the sequel trilogy reprised their roles in Halloween Ends. Matichak retained her role as Laurie’s teenage granddaughter, Allyson Nelson; Will Patton was once again cast as Deputy Frank Hawkins and Kyle Richards of The Real Housewives of Beverly Hills plays Lindsey Wallace again.

Many have already seen the trailer which has garnered over 2 million views on YouTube already. But for those who haven’t and hence are still unaware of the movie’s release date, Halloween Ends hits theatres on October 14, 2022. You can also check out the newly released trailer below.

Click for next Article
Previous article: John Travolta Sang ‘Grease’ Songs To Pass The Time On Set Of ‘Hairspray’
Next Post: 71-Year-Old Jane Seymour Shows Off Her Toned Body While Doing Pilates Exercise