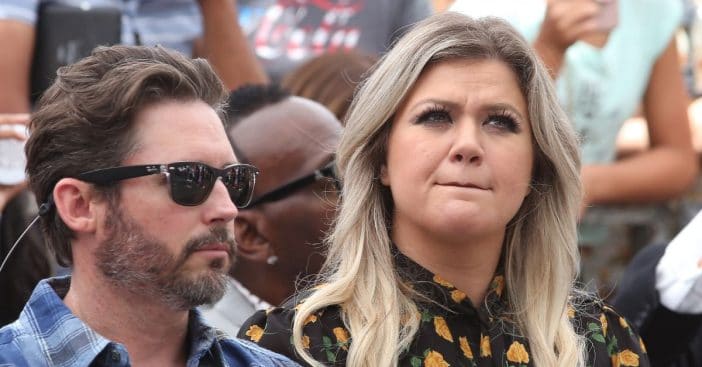 An insider claims that there is still a lot of tension between Kelly Clarkson and her ex-husband Brandon Blackstock. Their divorce is settled and Kelly got primary custody of their two young children, River and Remington.

Brandon recently moved out of Kelly’s Montana ranch despite wanting to stay longer. He is also receiving $115,000 per month in alimony until January 2024 as well as $45,601 in child support per month. Kelly also gave him a lump sum of just over $1.3 million.

Brandon also fought for part of the Montana ranch once it gets sold. The property is worth over $17 million and he will receive 5.12 percent, which is over $900,000. Even so, he has reportedly been fighting for more money during the settlement.

An insider claims that he “is always asking for more and being a constant thorn in her side.” Brandon was a famous talent manager but he reportedly lost his last client, Blake Shelton, after Blake sided with his Voice co-star in their divorce. Now, Brandon claims he is becoming a rancher and looking for a quieter life.

Brandon also got to keep many of their farm animals and cars in the divorce settlement. Now that he’s moved out of Kelly’s Montana ranch, it is unclear what his next move is. Hopefully, for Kelly’s sake, it involves leaving her alone.

Click for next Article
Previous article: Lisa Marie Presley And Riley Keough: ‘Elvis’ Inspires Generational Trauma ‘In A Good Way’
Next Post: ‘Titanic’ Is Being Remastered For Its 25th Anniversary And Being Released Just Before Valentine’s Day 2023