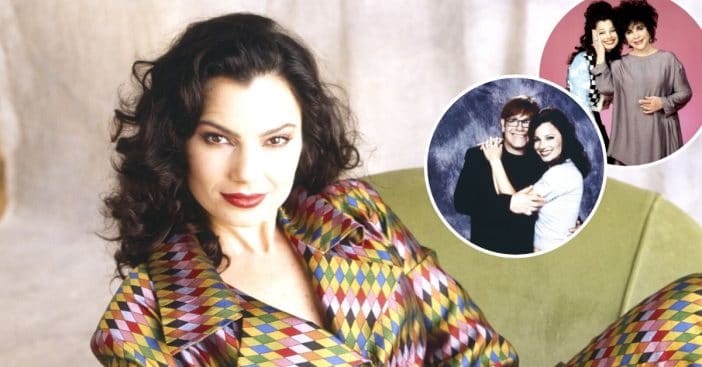 There were many guest stars over the course of the airing of The Nanny, starring Fran Drescher. Many decades later, Fran is opening up about some of her favorite guest stars on the ’90s show, including one that really surprised her.

The 64-year-old shared, “Everybody was always very nice. But Elizabeth Taylor was really warm, very generous. She sat on the couch on the set and whoever wanted to stand behind her and take a picture with her could. And the set photographer did for both the cast and crew. She was very welcoming of everybody.”

Fran Drescher opens up about several guest stars on ‘The Nanny’

She continued, “It took us a long time to get Elton John, but we got him in the end. We were told that he enjoyed red roses in his dressing room, so we filled his dressing room with red roses. It was just covered. He was really flattered. And it was a wonderful episode. But we were honestly grateful to have any of these stars on the show.”

Fran also shared that the theme of the show easily allowed a lot of celebrity guests. Since the character Mr. Sheffield, played by Charles Shaughnessy, was in show business, they were able to book a lot of different people to easily fit into the storyline.

Of course, all of the guest stars generally got Fran into trouble and that’s what made the show so fun! Fran added that she’s very proud of The Nanny and loves that it has never been off the air in almost 30 years, as reruns play almost daily. The Nanny is currently streaming on HBO Max.

Who was your favorite guest star on The Nanny?

Click for next Article
Previous article: How Priscilla Presley Coped With Elvis During Their Marital Journey
Next Post: ABBA Voyage Is Here And Fans Are Incredibly Impressed