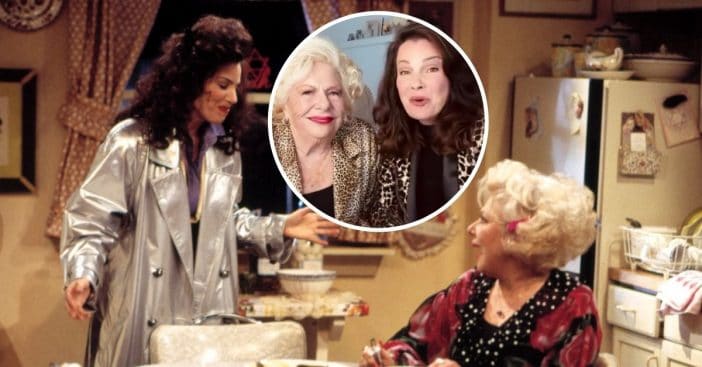 Fran Drescher recently had another special Nanny reunion! She reunited with her former co-star Renee Taylor, who played her mother on The Nanny. Fran shared a very fun video of the two of them, both wearing animal print blazers, which was very reminiscent of the ’90s show.

In the video, Fran talks about how The Nanny is now on HBO Max and says, “Do you realize that there are people watching it now that weren’t even alive when we were shooting it?” Renee responds, “And do you realize you’re older now than I was when I started playing your mother?”

Fran looks at the camera and says, “Cut.” So many fans flocked to the comments section and loved seeing these two banter once again! Some fans were practically begging for a reboot series.

RELATED: Fran Drescher Surprises Fans By Wearing A Classic Outfit From ‘The Nanny’

Fran is so happy that the show is reaching younger viewers. She once said, “I feel very grateful that the show continues to be so beloved. There are tons of millennials that are obsessed with the show today, and they were either young children while it was originally airing or not even born yet. It’s the gift that keeps on giving.”

While a reboot isn’t currently in the works, a musical based on the show is happening! Would you go see The Nanny musical? Watch the reunion between TV mother and daughter below:

Click for next Article
Previous article: What We Know About The Late Kelly Preston’s Final Movie ‘Off The Rails’
Next Post: 70 Years After She Was Married, Woman Finally Wears Wedding Dress Of Her Dreams