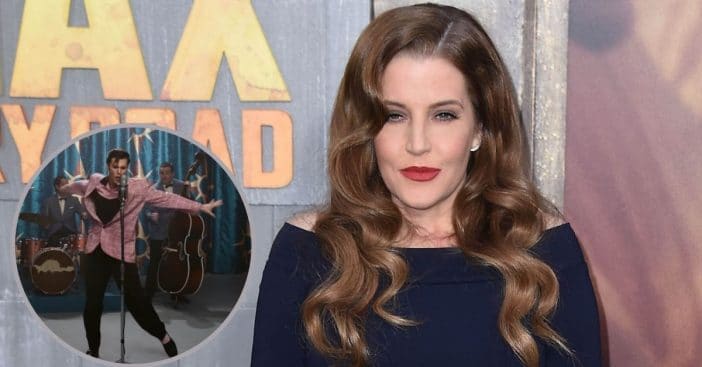 In a long message on Instagram, Lisa Marie Presley has stated that she thinks Austin Butler should win the Oscar for his performance in the new Elvis biopic. She’s officially throwing Butler into the conversations surrounding the Oscars just ahead of the biopic’s premiere at the Cannes Film Festival later this month. Butler will star the King of Rock and Roll himself, while Tom Hanks will be portraying his controversial and long-time manager Colonel Tom Parker.

“Let me tell you that it is nothing short of spectacular,” Lisa Marie said. “Absolutely exquisite. Austin Butler channeled and embodied my father’s heart and soul beautifully. In my humble opinion, his performance is unprecedented and finally done accurately and respectfully. (If he doesn’t get an Oscar for this, I will eat my own foot, haha.)”

She continues, “You can feel and witness Baz’s pure love, care, and respect for my father throughout this beautiful film, and it is finally something that myself and my children and their children can be proud of forever… Baz, your utter genius combined with your love and respect for my father and this project is just so beautiful and so inspiring. I know I’m being repetitive, but I don’t care. Thank you for setting the record straight in such a deeply profound and artistic way.”

Reports state that the relationship between Presley and Parker will make up the backbone of the whole biopic, which will also be starring Tom Hanks as Parker, Olivia DeJonge as Priscilla, The Power of the Dog Oscar nominee Kodi Smit-McPhee as Jimmie Rodgers, Yola Quartey as Sister Rosetta Tharpe, and Kelvin Harrison Jr. as B.B. King.

Director Luhrmann recently told Entertainment Weekly that the biopic isn’t a “nostalgia piece.” He elaborated, “While respecting and loving the fans, I’m opening Elvis’ journey out to a new audience that knows only the guy in the jumpsuit and doesn’t understand that he was a rebel…. He was the first real pop-cultural youth rebel on a mass level.”

He continues, “The ‘Apocalypse Now’ of musicals is what I’ve joked about calling the movie — and that’s the ’70s period. It’s so sprawling and it’s beautiful, but it’s powerful. It’s a three-act pop-cultural opera…His life fits beautifully into three acts. There’s Elvis the punk, if you like, the original punk rocker, the rebel. Then there’s Elvis the movie man, and that’s when he is pop and family-friendly. And then there’s ’70s Elvis, which is epic.”

Elvis comes to theatres June 24th. Check out the trailer below.