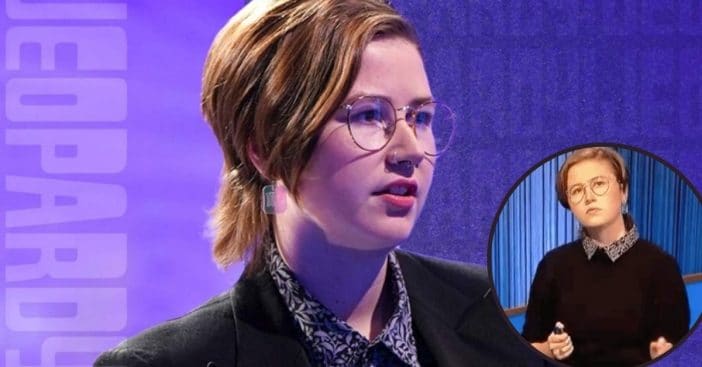 Mattea Roach did a little dance during her Double Jeopardy round in a recent Jeopardy! episode, and someone turned it into a GIF so you can use it all you want! GIFs are a great thing to use as a reaction of sorts, so if someone says something that makes you happy, you can reply with this GIF of Roach dancing. For example, I’d probably use it as my “happy dance” reaction to getting food.

Roach is one of the show’s youngest champions to have a winning streak going on the show. The Gen Z-er began her winning streak on April 4, 2022, her winnings at over $500,000 so far, and she’s already qualified for the Tournament of Champions of her season.

Roach has opened up about her time on the game show, and she admits none of it feels real. “The fact that I’m now one of the best players of all time hasn’t fully sunk in yet. It doesn’t feel real,” she said. “This has been such a crazy season of streaks. I was fully thinking, ‘You know, Amy might still be here. If it’s not Amy, there’s going to be some other super-champion that’s just going to knock me out of game one.’ And then, I guess what I didn’t realize is maybe I could become the super champion I wanted to see in the world.”

One of her most memorable moments on the show, perhaps besides the adorable little dance, was her daring wager of $8,000 in the Anatomy of Words category. “You know what? If I wager a lot and lose today, like, whatever, I had such a good run,” she told the host Ken Jennings. “So let’s try and do, like, honestly, $8,000.”

Roach began reading at the age of 3 and is a member of the LGBTQ community, identifying as a lesbian. She’s the first LGBTQ Gen Z person to have such an impressive winning streak on the show, props to her!

Click for next Article
Previous article: Johnny Depp Makes His Return To Acting In Historic Film
Next Post: 64-Year-Old Gary Oldman Is Looking To Retire Soon