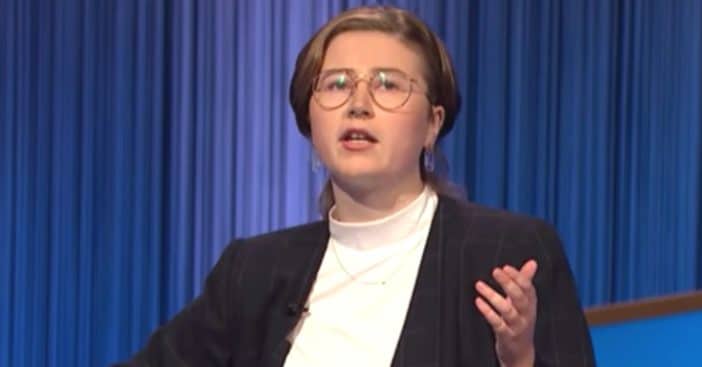 Amy Schneider just finished her run on the game show Jeopardy! by winning 40 games and now another contestant is hoping to beat her. 23-year-old Mattea Roach has been doing very well on Jeopardy! in the last few weeks and just won her 16th show.

Now, fans are not happy with how NBC is treating Mattea. The network recently shared a seemingly innocent tweet congratulating her on her win. She just won $320,081 which was the most won by a Canadian contestant in Jeopardy! history. That is efinitely something to celebrate but here’s where things get a little tricky.

Some ‘Jeopardy!’ fans are upset with NBC over a tweet about champion Mattea Roach

The 23-year-old lesbian tutor from Toronto has amassed a total of $320,081, the most by a Canadian contestant in “Jeopardy!” history. https://t.co/D8HrFU1cJT

The way NBC News worded the tweet had many fans upset. The tweet read, “The 23-year-old lesbian tutor from Toronto has amassed a total of $320,081, the most by a Canadian contestant in “Jeopardy!” history.” The tweet also linked an article titled, “Mattea Roach becomes latest LGBTQ ‘Jeopardy!’ phenom.”

Fans questioned why they didn’t use her name in the tweet and why they referenced her sexual orientation. One person responded, “Is there some significance to her being a lesbian? Is there some kind of unique obstacle to be overcome in order for a lesbian to succeed at Jeopardy? I can’t imagine that is even a question on the form you fill out to be a contestant.”

Others wondered if they would write it similarly if it were a straight man. Some joked that they have never seen a tweet about “Straight Male Ken Jennings” in articles about the guest host of the game show. What do you think about the tweet?

Click for next Article
Previous article: Sharon Osbourne Shares How She Appeared ‘Lopsided’ After Facelift
Next Post: Fans Share Their First Reactions To ‘Top Gun: Maverick’