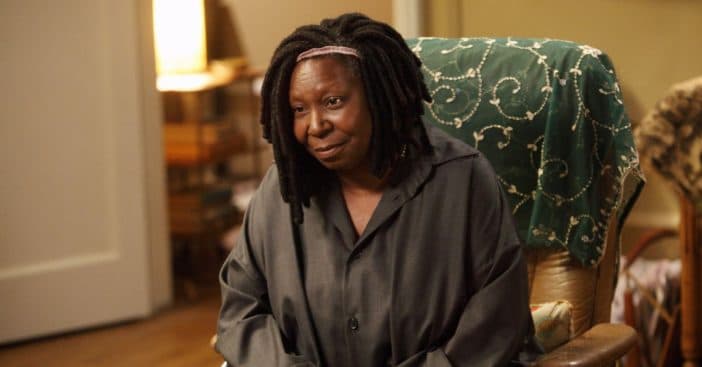 Whoopi Goldberg has been missing from the cast of The View lately and fans began wondering why. In a recent episode, Joy Behar addressed Whoopi’s absence and shared that it was actually for a very exciting reason. Whoopi is not leaving the show but simply working on a new project.

Joy elaborated during the April 13th show, “Whoopi is in Scotland filming a new project and will be back at the table on May 2. If you’re wondering where Whoopi is, the girl’s got a movie she’s making and she will be back when she finishes whatever she’s doing. So, she’s gone for a while.”

Whoopi is reportedly filming a movie based on the novel Anansi Boys by Neil Gaiman. The View‘s Twitter page also addressed her absence and congratulated her on her new role. The page wrote, “ICYMI: Our EGOT winner is away doing EGOT things! ✨ See you soon, @WhoopiGoldberg!”

According to IMDb, Anansi Boys is actually a mini TV series coming to Amazon Prime Video. Whoopi will be playing a character called Bird Woman. Whoopi previously shared, “I have been a fan of this book for a very long time. When Neil Gaiman told me it was being brought to the screen, I did everything I could to be part of it to help make people aware of Anansi and all his magic.”

Interestingly enough, the author revealed that he always imagined Whoopi playing Bird Woman when he was writing the novel. He added that her character is “scary!”