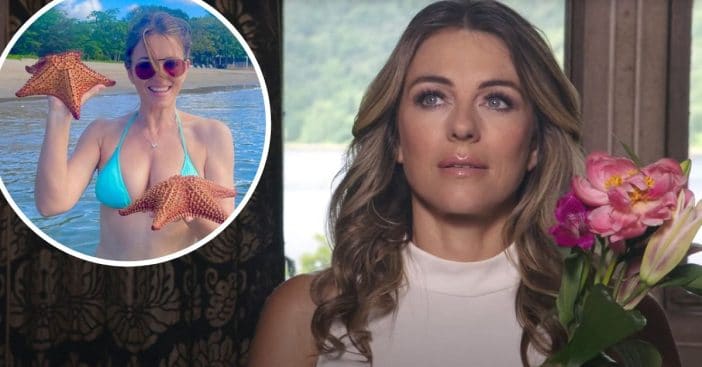 Actress and model Elizabeth Hurley is often sharing bikini photos to promote her swimsuit line. However, in a recent photo, fans in the comments section were getting very angry! The 56-year-old was seen holding two starfish while modeling a bright blue bathing suit.

She captioned the photos, “Found these magnificent starfish, alive but stranded, on the beach- they’re now happily back at the bottom of the sea ❤️❤️❤️❤️” Some fans argued that just by taking them out of the water, she may have killed them.

One commenter wrote, “They are extremely delicate and most likely won’t survive once you take them out of the sea and manipulate them… Google it.” While another said, “You just killed those stars by taking them out of the water.” Others just questioned why the starfish needed to be in the photos at all. Some defended Elizabeth and didn’t understand where all of the rage was coming from.

RELATED: 56-Year-Old Elizabeth Hurley Stuns In Another Bikini From Her Swimsuit Line

After all of the hate comments surfaced, Elizabeth’s rep said, “She found the starfish stranded on the beach – probably washed up in the tide – she doesn’t know for sure. She picked them up, waded into the sea and placed them back in the water.” Sounds like they were already out of the water when she found them.

RELATED: Elizabeth Hurley Shows Off Her Curves During Her ‘Staycation’

Click for next Article
Previous article: Summer Gas Prices Will Be High But Less Than Now, Says EIA
Next Post: Disney Parks In Hot Water After Engaging In ‘Cultural Appropriation’