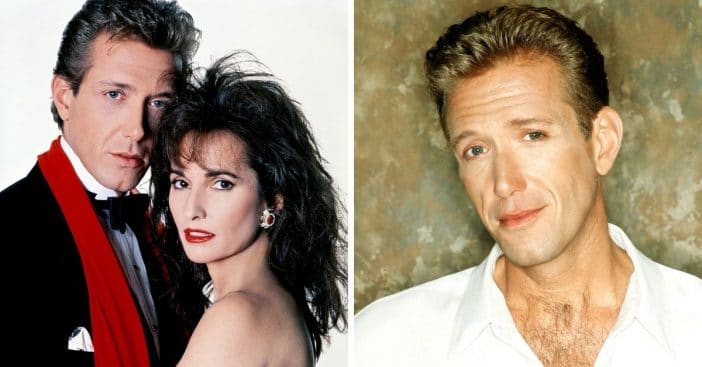 Walt Willey of All My Children has asked fans for support, asking them to “light a candle,” as he undergoes surgery. Willey is best known for playing Erica’s on-again/off-again love interest Jackson Montgomery from 1987 until the show’s end in 2011.

“I’m going in for some surgery tomorrow,” he recently tweeted out, “and would appreciate it if you could find it in your hearts to say a prayer, think a good thought, light a candle, or however you may wish to send good vibes my way.”

Walt Willey heads into surgery, asks for support and love

I'm going in for some surgery tomorrow and would appreciate it if you could find it in your hearts to say a prayer, think a good thought, light a candle, or however you may wish to send good vibes my way (no animal sacrifices, please!) as I meet this challenge.
Thanks so much.

There’s not too many details on his surgery or why he’s in need of it, but people were quick to lend their support. One Life to Live star Kassie DePaiva was one of the many who lent her positive thoughts, saying, “And here’s to a speedy recovery. God be with you.” Alicia Minshew also had nothing but love and support for her former TV stepdad, saying, “Thinking of you and sending prayers, Walt.” Days of Our Lives‘ Eric Martsolf, who also shared the stage with Willey during their time at the ACME Comedy Theatre, sent his positive vibes, too, saying, “Good thoughts, my friend.”

RELATED: Kelly Ripa “Always Bothered” By Pay Gap Between Her And Mark Consuelos On ‘All My Children’

Many fans jumped in with their prayers and well wishes, too. One fan wrote, “I’ve been a fan since you played LaRusso (Cecile’s henchman) on Another World! Later, a bigger fan of you as Jackson on All My Kids! Wishing you the best of luck on your surgery and a fast and complete recovery!” Another chimes in, “Best of luck in your surgery and recovery Mr. Willey. Saying prayers of healing right now. Have enjoyed watching your acting starting in late 80’s. God Bless you! A retired Nurse in Michigan!😇🙏❤”

Fans now eagerly await an update as to how he’s doing. Good luck to Walt Willey on his surgery and recovery!

RELATED: Remembering Ruth Warrick, The ‘All My Children’ Lady Fans Loved To Hate 16 Years After Death