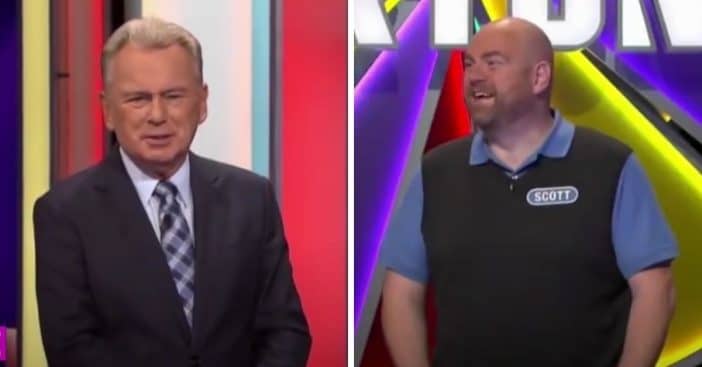 Pat Sajak is earning some backlash after he was apparently rude to a contestant, and fans took clear note of it. Contestant Scott Ingwersen was telling a story during his introduction interview when Sajak interjected with his thoughts on it.

The 75-year-old game show host wasn’t impressed with Ingwersen’s “most pointless story ever told” and Wheel of Fortune fans immediately took to social media to call out his “a–hole attitude.”

The interesting thing about the encounter is that Sajak was the one who initiated it. He asked the contestant about his “survival story,” asking for the details when Sajak suddenly cut him off and said, “Why am I mentioning this? It’s on your card. You had your big toe chopped off. Why are you telling this?”

Ingwersen went on to explain his tragic story: “It’s important to know that when I was 12 years old, I was riding a 10-speed bike with flip-flops, and I fell and completely cut off the top of my toe,” he said.

He continued, “The next car that came by were two paramedics that were on their way to their job, and they said, ‘It’s just a laceration.’ But I didn’t know what that was, so it freaked me out even more. And my toe is reattached, and I just wanna say ‘thank you’ to them 30 years later.”

The audience gave Ingwersen a round of applause, but Sajak cut them all off, saying, “That may have been the most pointless story ever told. And you told it, Scott. Congratulations to you.”

One person wrote online, “Poor Scott just wanted to tell his story. Pat just throwing the shade.” Another says, “A contestant on #WheelOfFortune was telling a story. When he finished. Pat said to him… That may Have been the most pointless story ever told. 😲 When did #Patsajak get so cold-blooded? 😁😁.”

One last fan chimes in, “Is anyone else watching #WheelofFortune??? Pat Sajak is such an a–hole who says to someone ‘that’s the most pointless story ever’ when someone is opening up on National TV???”