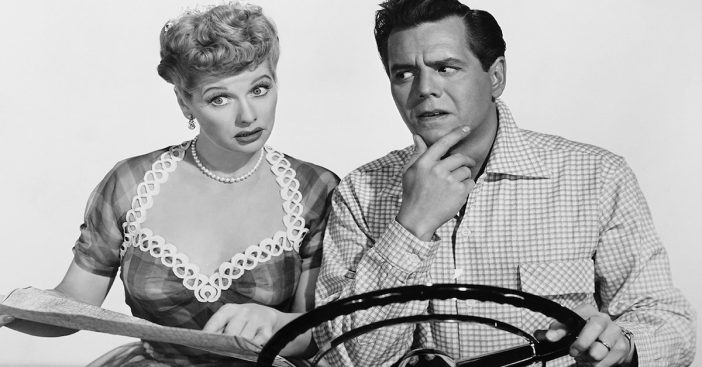 Fans of Lucille Ball, Desi Arnaz and I Love Lucy were recently treated to Aaron Sorkin’s film Being the Ricardos. While that film focused on a week in the life of all three, with flashbacks to earlier days, Amy Poehler, serving as director, is getting ready to bring to the world her new documentary, Lucy & Desi.

It delves into their lives in a way that previous documentaries have failed to do, and it’s a story that goes so far beyond the days of I Love Lucy, including each of their early lives, how they met, the rise and fall of their marriage, and the loving relationship they maintained after divorce and going to the end of their days.

“One of the challenges for this doc,” Poehler tells Uproxx.com, “which is a little different than, ‘Let us show you the world of competitive handball and we’ll tell you everything about it,’ is that these are two people that people really feel like they know. But what they know is a very two-dimensional Halloween costume version. They almost know the impersonation of the people before they know the people … It’s this interesting thing where Lucy and Desi became very two-dimensional, flattened and quite bloodless over the years. I wanted to remind the viewer that this was a passionate — very passionate — sexy, power couple, total outsiders, total mavericks who came into the business with tons of experience, so were quite confident in what they would say yes and no to. And came from a generation where their trauma was put in a suitcase and put in the attic and let’s get to work … So that was my goal, that you walk away being reminded of them as people and not symbols or geniuses or icons.”

RELATED: Desi Arnaz Got Emotional About His Final Scene With Lucille Ball

The joy for Poehler is the fact that Lucie Arnaz opened up her parents’ archives for her, which meant not only film footage of the duo, but a great deal of audio in which they express their feelings for each other and their work. She told The Hollywood Reporter, “We were so excited to present the film in their words [because] we got this kind of trove of material where they were speaking about their lives. Not enough spoken about Desi’s early trauma and the way that he turned that into an incredible success [and] how expensive that was for him, personally. I was also really moved by the way, in Lucy’s later years, she not only continued to work, but also mentored a lot of young women, especially in comedy. Everything from getting to know exactly what they were dealing with in the television studio system at the time to realizing that Desi brought the conga line to the U.S. You know that dance that your aunts do at your cousin’s wedding? It’s because of Desi.”

And there is so much more explored in the documentary, not the least of which is the power that Desilu wielded as a studio, the sheer number of shows that they produced, and the fact that if it were not for Lucille Ball and Desilu, the world would never have heard of either Star Trek or Mission Impossible.