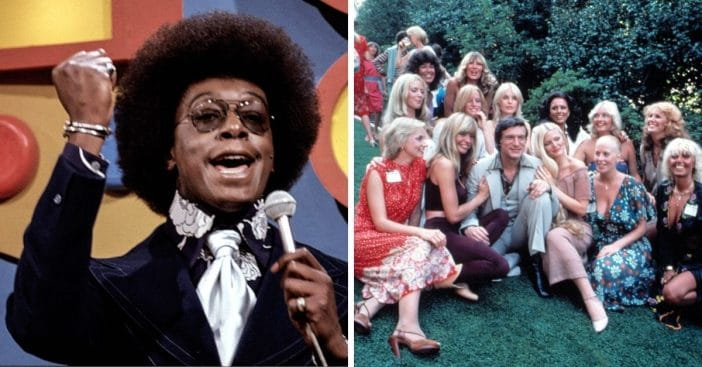 Don Cornelius, the creator of Soul Train, is now being accused of assaulting two Playboy Bunnies decades ago. The accusations were first brought to light by former “Bunny Mother” P.J. Masten on A&E’s 10-part docuseries Secrets of Playboy, a doc that has been airing out all the dirty laundry of Hugh Hefner and his empire.

“It was probably the most horrific story I’ve ever heard at Playboy,” Masten alleged. “This story is the story of a massive cleanup that never hit the press,” she says, noting that many more things like this happened that was cleaned up by Hefner’s people.

Cornelius was allegedly a Playboy VIP. One night, he was at a bar when the Playboy Bunnies were known to frequent. Masten claims that Cornelius spotted two recruits who were also sisters and invited them to join him in the bar’s VIP area. “These two young girls got in his Rolls-Royce, went up to his house and we didn’t hear from them for three days,” Masten claims, “We couldn’t figure out where they were.”

Everything that you imagined could have never happened, happened. Joe Piastro, Playboy’s head of security, went to pick them up and found the women “bloodied, battered and drugged.”

“They were tied up and bound,” Masten alleged. “There were wooden objects that they were sodomized with and [one sister] could hear [the] other sister being brutalized. It was horrible, horrible.”

Since these allegations came to light, Cornelius’ son, Tony Cornelius, in addition to a spokesperson for The Don Cornelius Foundation, calls the account an “unbelievable story without real proof” and “salacious.” As a result of everything, Cornelius was never investigated for sexual assault although he was convicted on unrelated domestic violence charges in 2008. He would later die from a self-inflicted gunshot wound on Feb. 1, 2012, at age 75. His son claims his father was suffering from seizures for 15 years and was in “extreme pain.”

In response to the new Playboy doc coming out, an official Playboy spokesperson released a statement, saying, “Today’s Playboy is not Hugh Hefner’s Playboy. We trust and validate these women and their stories and we strongly support those individuals who have come forward to share their experiences. As a brand with sex positivity at its core, we believe safety, security, and accountability are paramount.”