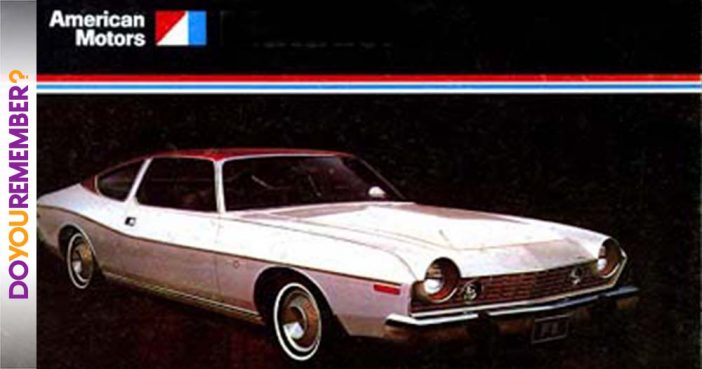 “Gremlin. Pacer. Hornet. Rambler. Marlin. Ambassador. Javelin. Matador. And of course, the JEEP. These were names more befitting a superhero sidekick than an automobile, but that was part of the American Motors Corporation (AMC) charm.

Sure, AMC had been around in one form or another for decades, and even though they owned JEEP, it wasn’t until the introduction of their crazier lines in the mid ’70s that I really began to take notice.

There was something about that Pacer that really drew me to it. Maybe it was the fact that it was as wide as a Cadillac. Maybe it was all that glass. Heck, maybe it was the gas mileage, which suddenly became the hottest topic of discussion at my household in the ’70s (and despite their small cars, AMC’s were anything but gas savers).

Nah. It was the fact that, for many of us, AMC’s were the first cars we could buy when we turned 16.

Back when bumming gas to get to high school meant borrowing a whole dollar from mom, my friend’s Gremlin was the only way to travel. We’d pack in there not unlike a clown car, and cruise the streets in a vain attempt to attract girls (never happened) or drag race like we were in an AMX (for the record, we lost. A lot. Even to Pintos).

Though they’ve kind of become a running joke as the years went on, it was nice to see a Pacer featured in 1992’s Wayne’s World, and it still tickles me to see the occasional Rambler or Gremlin at a classic car show. For those of us that grew up crammed into “”The First Wide Small Car,”” these rides were anything but a joke…even when they began to literally fall apart on us.

I mean, what other car came with flames on the side and still managed to not feel like a Hot Wheels toy? None. And that’s why I’ll always be an AMC boy at heart.

Previous article: The Ritual of S&H Green Stamps
Next Post: If You Threw a White Hat with a Blue Ribbon into the Red Sea, What would it Become?