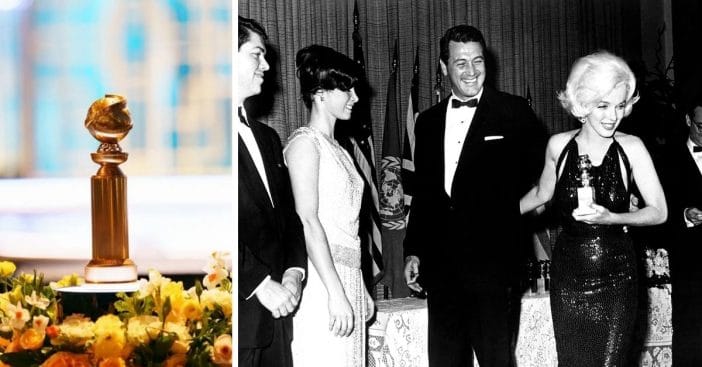 The Golden Globes are currently up in the air right now as while the awards show is still technically “on,” they are struggling to find celebrity presenters after being dropped by NBC. On top of that, their red carpet and live audience have both been canceled. After the Grammys have been postponed indefinitely this year, it won’t be a surprise if they decide to cancel the Golden Globes as well. But as of right now, it looks like the show is still on, but will look different this year.

“The Golden Globes will move forward with a small event on January 9th that will not only award the best performances in television and film for 2021, but also on recognizing the importance of supporting diverse creatives across the industry,” a letter from the Globes talent booker reads.

What is happening with the 2022 Golden Globes?

“The event this year will celebrate and honor a variety of diverse, community-based programs that empower inclusive filmmakers and journalists to pursue their storytelling passions. The HFPA has financially supported important underserved organizations for decades and will continue to invest in the future leaders of our industry.”

RELATED: Amid Call For More Diversity, NBC Will Not Air 2022 Golden Globes

The letter also states some protocols that are in place due to the pandemic, which shows numbers still on the rise due to the Omicron variant. “The event will have limited guests and with strict COVID protocols that include not only proof of full vaccination, but also a booster shot and a negative PCR test,” the letter reads.

The ceremony is slated to take place on January 9th, but the HFPA has yet to announce any official plans. Some of this year’s nominees include Kristen Stewart (Spencer), Lady Gaga (House of Gucci), Nicole Kidman (Being the Ricardos), Leonardo DiCaprio (Don’t Look Up), Will Smith, (King Richard), Ben Affleck (The Tender Bar), Jennifer Aniston, (The Morning Show), amongst many more.