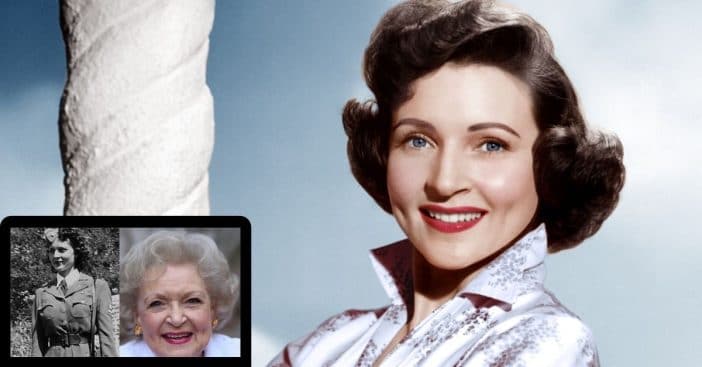 Betty White has been remembered and honored by the US Army for her volunteer service during WWII. White passed away on New Year’s Eve 2021 at the age of 99, just a few weeks shy of her 100th birthday. Since then, tributes have been pouring out for the television icon, and the US Army’s is one of the many.

“We are saddened by the passing of Betty White,” the official Twitter account for the US Army posted. “Not only was she an amazing actress, she also served during WWII as a member of the American Women’s Voluntary Services. A true legend on and off the screen.”

Betty White remembered by the US Army

We are saddened by the passing of Betty White.

Not only was she an amazing actress, she also served during WWII as a member of the American Women’s Voluntary Services.

A true legend on and off the screen. pic.twitter.com/1HRDYCeV7w

White’s service in the organization provided support services to aid the nation during wartime. She first joined the AWVS in 1941 and drove a PX truck of supplies in California. “It was a strange time and out of balance with everything, which I’m sure the young people are going through now,” the actress once told Cleveland Magazine.  “We’ll never learn. We’ll never learn.”

RELATED: We’re Not Surprised: ‘Betty White Was So Nice That She Didn’t Even Need A Bathroom!’ (Exclusive)

It was her agent and close friend, Jeff Witjas, who confirmed the news of her sudden death. “Even though Betty was about to be 100, I thought she would live forever,” he said in a statement to People Magazine. “I will miss her terribly and so will the animal world that she loved so much. I don’t think Betty ever feared passing because she always wanted to be with her most beloved husband Allen Ludden. She believed she would be with him again.”

The cause of death is unclear, but it’s speculated to be of natural causes since she wasn’t battling any illness or condition, according to close sources.