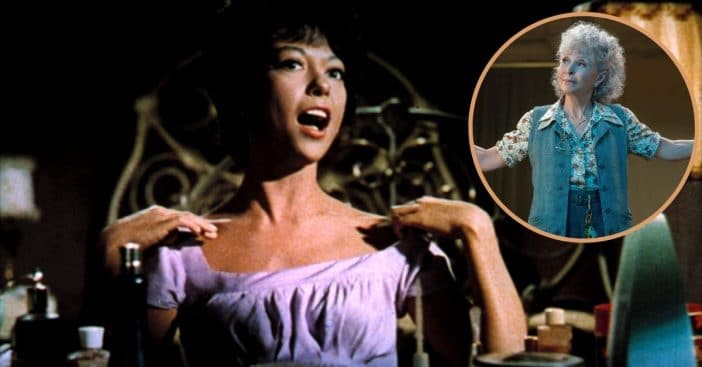 Rita Moreno apparently almost quit the original 1961 West Side Story film due to some offensive lyrics in one of the songs. There are some lyrics that called Puerto Rico an ‘ugly’ island with ‘tropic diseases’ and she wasn’t having it. It was during ABC News’ 20/20 special Something’s Coming: West Side Story that she revealed this surprising fact, and her character was supposed to sing those lyrics!

The lyrics take place in the hit song “America,” where Anita and her boyfriend, Bernardo, are arguing about whether the mainland US or Puerto Rico is a better place to live. The song is super catchy and fun, but once you know the lyrics, it puts things into perspective for the argument.

Why Rita Moreno almost quit the original ‘West Side Story’

“One day before we actually started rehearsals, I looked at the score and there it is…’Puerto Rico, you ugly island. Island of tropic diseases,'” Moreno, who is a native Puerto Rican, recalls. “And it felt awful. It felt horrible. And I thought, ‘I can’t do this. I can’t do this to my people.’ I got this close to not doing it,” she adds. Thankfully, those lyrics were actually changed out.

She continues, “Within days, I got [a] new script. And when I looked at ‘America’ it went, ‘[Puerto Rico,] my heart’s devotion, let it sink back in the ocean.’ And I was saved.” This also isn’t the first time that Moreno has talked about the offensive lyric. She brought it up while she was on The View during the December 1 episode. Additionally, back in June 2021, she said on Good Morning America that the lyrics were “quite disparaging to Puerto Rico.” She also explained that the late, great Stephen Sondheim had then changed the lyric “not knowing” of her concerns initially.

During the 20/20 interview, Moreno also talked about how she actually tried to fight back against the brownface used to darken actors’ skin in the film—but, ultimately, nothing changed from that.

With the new adaptation of West Side Story out, director Steven Spielberg says he took special care to represent all marginalized communities better “because it’s important that representation be authentic to return the piece to the integrity that I think it deserves.”