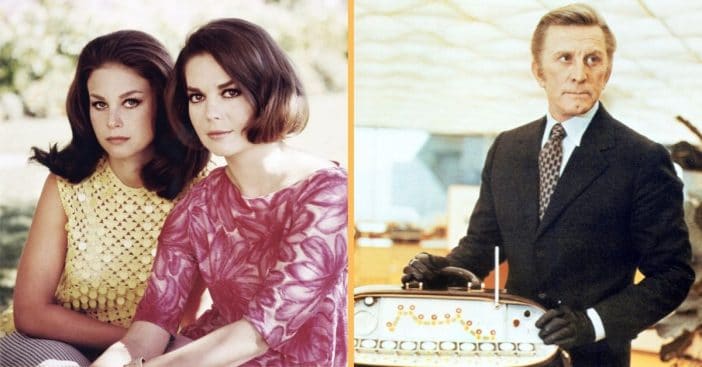 Since the summer of 1955, rumors permeated Hollywood that rising star Natalie Wood was assaulted by an older actor – Kirk Douglas. Though Wood has since passed, her sister Lana has backed these claims, including in her new memoir, Little Sister, which was released on November 9. Since these recent claims, she has been asked: why come forward now?

Natalie Wood died suddenly in 1981 at the age of just 43. Since then, Lana, also an actress, has been an advocate for her sister’s memory, first demanding justice after the suspicious circumstances of Natalie’s passing, and now sharing the story of her assault. These Kirk Douglas assault allegations come almost two years after Douglas passed away at the age of 103.

Why Lana Wood made these Kirk Douglas assault accusations now

Lana Wood discussed the infamous story of Natalie’s assault back in 2018 for a 12-part podcast dedicated to her sister, specifying that it occurred at the Chateau Marmont during a rehearsal that lasted “for hours.” As for putting a name and face to the assailant, Lana told Fox it was “hard” to do so while Douglas was still alive; soon after the event, Natalie’s own mother reportedly told her to “Suck it up,” believing making such claims would hurt her career.

However, Lana shared, she felt encouraged by the #MeToo movement to discuss the trauma her sister faced – and trauma it was, Lana emphasized. “That’s a terrible thing to have the courage to come out with,” she stressed. “It was really uncomfortable. And I’ve never said anything about it until now. But with the #MeToo movement, I felt that women are getting the strength. They’re finding the strength to say something. But, you’ve got to understand why it wasn’t easy to say anything before. Whenever anybody came forward with a story about anybody, the first question that they’re asked is ‘why did you wait so long?’ Why are you saying something now?’”

Addressing what others have said about her sister

Back in 2018, Lana pushed for authorities to secure justice for Natalie’s suspicious death, which was initially deemed “accidental drowning,” then “drowning and other undetermined factors,” with Natalie’s husband Robert Wagner named a person of interest. Lana’s sisterly protective instinct has not dimmed since then; in fact, it’s part of what drives her and gets her through talking about “not anything I’ve ever wanted to admit.” Lana has heard “so many rumors and untruths” about Natalie, and would receive messages asking “Can’t you tell us who it was?”

Initially, she refused. “But I wanted to have my sister’s back,” she went on. “No one was taking care of her with the truth. And I know she would have done the same for me. She was very protective of her family. I wanted to fight for her name.” Lana asserts she does not regret coming forward with these accusations, stating, “I’m sorry that this is shocking or upsetting to some people. But I’m taking care of Natalie.”