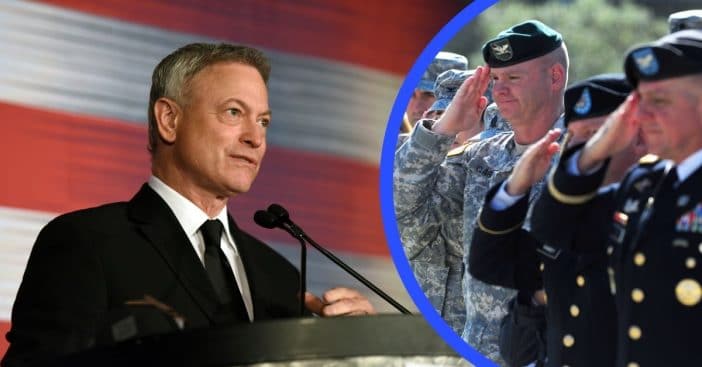 Actor Gary Sinise has been a vocal advocate for veterans, to the point that it has won him patriotic recognition. In part, his time as Lt. Dan Taylor in Forrest Gump helped shine a light on the needs of veterans, and he has respected them ever since. This Veterans day, Sinise shared his belief everyone should do a bit more for returning service members too.

“I had spent time with a lot of actual Vietnam veterans,” Sinise shared, “and I had a lot of compassion for them. I wanted to help them.” However, he has not always seen that same respect from others. “They came home and people were spitting on them,” he further revealed. “People were shouting at them. I have friends who are Vietnam veterans who actually had feces thrown at them when they got off the airplane.”

Playing Lieutenant Dan in Forrest Gump inspired Sinise to help veterans, as the character’s own life paralleled aspects of his own brother’s, who fought in Vietnam. Lt. Dan lost his legs in an explosion, and in real life, Sinise saw others face the devastation of a similar nature. “People started getting killed,” he recalled after the events of September 11 reinvigorated his sense of purpose, “families were losing loved ones, and I was just you know, my heart was broken. I wanted to get out and do something.”

For Sinise, that “something” ended up becoming the Gary Sinise Foundation, dedicated to serving veterans, first responders, and their families with a multitude of programs that address different needs. But the Patriot Award winner hopes others will find a way to help too. “If everybody in the country did just a little more, you know pat them on the back when you see a soldier walking through the airport,” he requests. “Just go up and say, ‘You know, I appreciate what you do,’ that could change somebody’s life.”

A different kind of duty

Through the Gary Sinise Foundation, the actor has backed many initiatives to help veterans with various needs. For example, the organization funded a bathroom remodel for a returning veteran who was having difficulty entering and exiting his tub. For Sinise, he simply must do these things. “I feel a duty, a responsibility to do a little more,” he explained. This year, the foundation celebrates 10 years of operation, in which time it has raised almost $200 by Veterans Day.

Doing so has given his life meaning in a way only this kind of giving possibly could; Sinise stated, “When joy connects to a mission, a life of purpose begins to take shape.” Veterans Day 2021 took place last Thursday, November 11, and Sinise’s primary wish is that for the occasion, people took time to do “just a little more.”