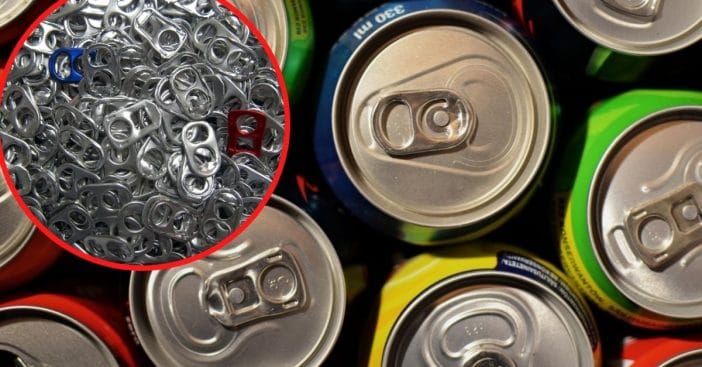 According to WLWT, The Ronald McDonald House of Omaha collects tabs from cans of soda, beer, and food for its recycling program in order to keep the lights on at its facility. This, in turn, houses families that are seeking treatment from metro hospitals.

Aletha Buck has collected over 10 million pop tabs for charity

“When you see the kids here, it does something to you,” Aletha says. This explains why she’s done so much collecting of these pop tabs through the years – to help these kids and families, and the charity itself. The Ronald McDonald House of Omaha is Nebraska’s only facility.

According to their official website, “It takes approximately 1,128 pop tabs to equal one pound. We typically receive between $0.40 to $0.50 per pound of pop tabs. This program brings in an average of $6,000 each year.”

Their website statement continues, “Our Pop Tab program is important because it provides extra revenue that can help make up for the donations that families cannot make. To house one family at Ronald McDonald House Charities© of the Coastal Empire is between $100-$140 per night. That is a total of $1,157-$1,625 a night when our 13-bedroom House is full. We ask for a $10 per night room contribution from our families, but no family is turned away based on the inability to pay.”

Click for next Article
Previous article: Beatles Frontman Paul McCartney Denounces Rolling Stones As “Blues Cover Band”
Next Post: ‘Being The Ricardos’ Trailer Has Been Officially Released: Watch It Here