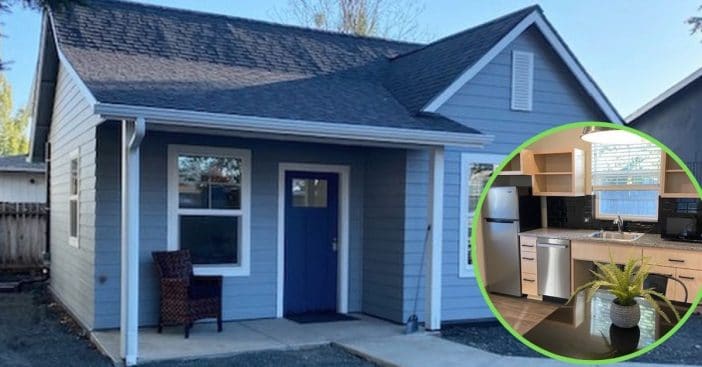 16-year-old Ethan Gillaspie just received the keys to his very own tiny home after he became paralyzed after an accident. After the accident, his home in Oregon became virtually inaccessible to him so the community came together to build an accessible one for him.

The project was under the leadership of Dan Hill, an architect at Arbor South Architecture. He and a number of volunteers worked for six months to build the 500-square-foot tiny home, which sits just a few hundred feet from his main house.

Scroll through the photos above by clicking the right arrow

“When we heard about the accident with Ethan becoming paralyzed, we just knew that their existing home wasn’t adequate for his ability to maneuver the house,” Hill says to KEZI. The community worked very closely with Hill and his family to make sure the design met his needs. Since Hill uses a wheelchair, accessible elements such as a large shower were necessary for the home design.

“They’re just the most wonderful family,” Hill says of Ethan and his family. “They’re just humble and grateful, and they were open to our ideas and just wanting to help where they could help, too.”

RELATED: This Couple Created A Tiny Home From An Old School Bus