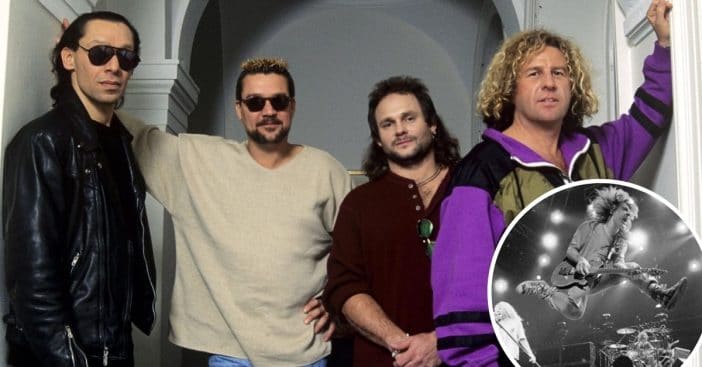 It is hard to believe it has been a year since Eddie Van Halen lost his battle to cancer. He passed away last October at the age of 65. His former bandmate and longtime friend Sammy Hagar shared a special tribute to honor Eddie on the anniversary of his death.

Sammy shared an incredible black and white photo of Eddie on stage. He wrote, “I can’t believe it’s been a year. The man is gone but the music lives on #forever” Eddie’s son Wolfgang (Wolf) Van Halen also shared a special message on the anniversary.

Wolf continued, “I’m trying to do my best here without you, but it’s really f****** hard. I hope you’re still proud. I love you with all of my heart, Pop. Watch over me.” Eddie passed away after a long battle with cancer that went on for almost 20 years. He had throat cancer but then it spread to other areas, including his brain.

These days, Wolf is continuing his father’s legacy by making music. He recently began touring again.

RIP Eddie, we are all still missing you!

Click for next Article
Previous article: Woman Discovers Hidden Staircase With Ominous Warning On The Door In 1908 Home
Next Post: Eddie Van Halen’s Widow Janie Shares Emotional Post On The Anniversary Of His Death