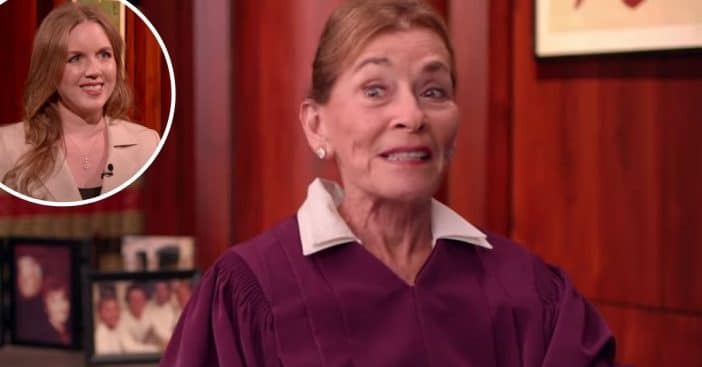 Judge Judy Sheindlin’s new show is in the works! Recently, the first trailer for her IMDb TV show Judy Justice was released. In the trailer, you meet Sarah Rose, who is actually Judy’s granddaughter and law clerk on the show.

Judy has a whole new team for her new show. It includes Sarah as well as bailiff Kevin Rasco and court stenographer Whitney Kumar. In the trailer, Judy talks about working with her granddaughter. She admitted that her granddaughter is “is wired like I am,” and called her “snarky,” in a good way of course. It seems that Sarah followed in her grandma’s footsteps and is doing a great job.

The trailer for ‘Judy Justice’ is here

She also shared more about what the show is about. While it is a real-life court case show, just like her old one, there are differences. Judy shared that the new show “is a really exciting new adventure that gives me an opportunity to come into streaming while producing a whole different kind of court show. To have [this team] help me create this new show is really giving me a third act or a fourth act. We are upping the game. I am who I am, sometimes PC, sometimes not, but consistent.”

RELATED: ‘Judge Judy’ Ends This Year After 25 Years, But A New Project Is Beginning

Judy also said that she is excited to be a part of a new streaming service. If you’re interested in Judy Justice and her new team, watch the first look trailer below. The show is expected to premiere on IMDb TV on November 21, 2021. New episodes will air every weekday and the show has already been picked up for 120 episodes. Will you be watching?