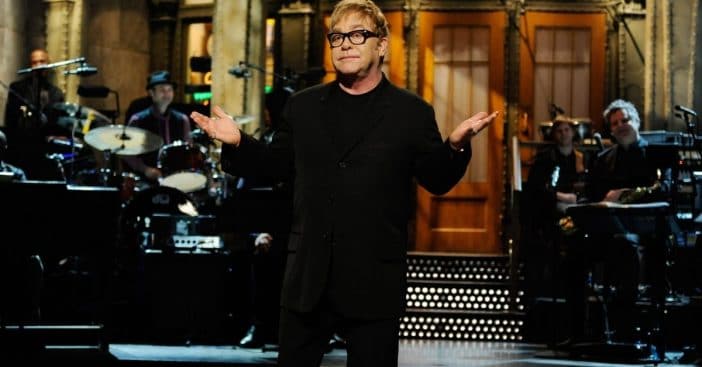 Elton John has postponed his farewell tour again. The tour began in 2018 and was previously postponed due to the coronavirus pandemic. Now, Elton said he needs hip surgery and will need time to recover. He had a fall this summer and hoped to continue the tour, but doctors have now advised against it.

Elton shared a statement that said the tour will resume in 2023. The 74-year-old wrote, “At the end of my summer break, I fell awkwardly on a hard surface and have been in considerable pain and discomfort in my hip ever since. Despite intensive physio and specialist treatment, the pain has continued to get worse and is leading to increasing difficulties moving. I have been advised to have an operation as soon as possible to get me back to full fitness and make sure there are no long-term complications.”

He added that “it is with great sadness and a heavy heart that I am forced to reschedule the 2021 dates of my Farewell Yellow Brick Road tour in Europe and the UK to 2023.” However, he did admit that he is hoping to return to the tour in the United States in January.

RELATED: Elton John Opens Up About The Show That Changed His Life 50 Years Ago

He also still plans to perform at the Global Citizen Live fundraiser on Sept. 25 because he didn’t want to let the charity down. He will be performing five of his most popular songs, instead of a full set. Even though this is sad news for fans with tickets, there is still some good news.

Elton’s new album titled The Lockdown Sessions will be released on Oct. 22. He shared, “The last thing I expected to do during lockdown was make an album. But, as the pandemic went on, one‐off projects kept cropping up, and I’ve ended with a selection of really interesting and diverse stuff that was completely different to anything I’m known for, stuff that took me out of my comfort zone into completely new territory.”

Click for next Article
Previous article: WWII Vet Takes Flight Once More For His 100th Birthday
Next Post: Bill Maher Responds To Whoopi Goldberg, Sounds Off On Use Of ‘Black National Anthem’