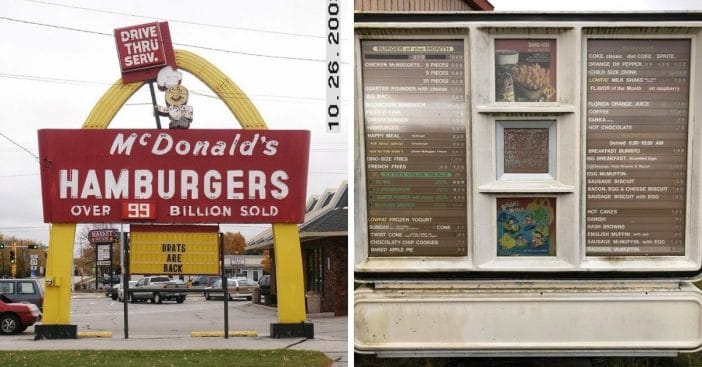 Some sleuthing Twitter users just discovered a vintage abandoned McDonald’s restaurant on a remote island in Alaska, with all of its original prices! The location has seemingly been untouched since the ’90s. In addition, the Twitter user adds that the location even still has features promotions for the Jurassic Park film series. Talk about a throwback!

“Abandoned McDonald’s on remote Alaskan island still has the menu up with Bobby’s World and Jurassic Park promos,” they write in their original tweet. The post has since garnered nearly 18k likes and over 3k retweets.

Check out this abandoned McDonald’s from the ’90s

Abandoned McDonald’s on remote Alaskan island still has the menu up with Bobby’s World and Jurassic Park promos. pic.twitter.com/SbtMlKAkXJ

This Adak McDonald’s has been a location of interest for years now, but is only just going viral. People have recorded videos of themselves on YouTube exploring the place. According to Yahoo!, the location was originally set up as an outpost for Army and Navy bases during World War II. This was eventually abandoned in the ’90s, and as a result, many of the town’s residents ended up moving away, hence why it’s now completely abandoned.

When Twitter users learned of this location, they expressed shock and excitement. One user replies, “This needs to be in a museum… or my basement.” Another says, “This is a post-apocalyptic television series I need NOW.”

Check out the video below to see what’s become of Adak. Pretty much a ghost town!

Click for next Article
Previous article: ‘Wheel Of Fortune’ Changed Back To Its Nostalgic Old Theme Music
Next Post: 59-Year-Old Heather Locklear Admits She Was ‘Fearful’ Of Return To TV