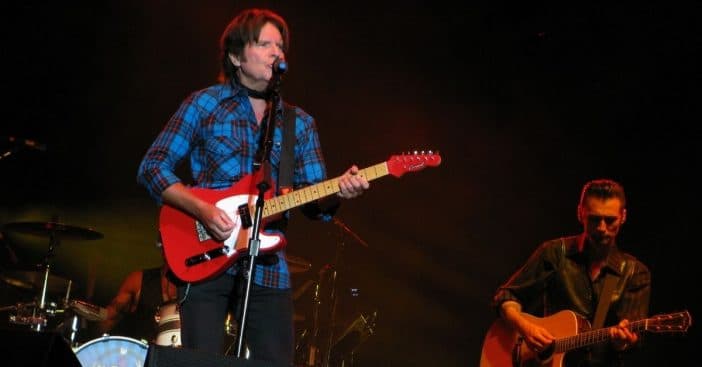 Together with his brother Tom, along with Doug Clifford, and Stu Cook, John Fogerty is a founding member of Creedence Clearwater Revival. He will also soon headline several benefit concerts this November in conjunction with The Charity Pro’s For Heroes organization.

The concerts, which will take place in Florida, will serve as a tribute to first responders and healthcare workers. These events are listed as live concert fundraisers, and for his part, Fogerty plans on playing some of the biggest Creedence Clearwater Revival hits.

Join me as we salute our first responders and healthcare workers at @CharityPros concert! Get your tickets now right here 🤘🏼https://t.co/WEKAO8rhRd pic.twitter.com/gJaM0CyEHw

On September 15, Fogerty took to Twitter and invited followers to “Join me as we salute our first responders and healthcare workers at @CharityPros concert!” The tweet then directs viewers, “Get your tickets now right here https://thecharitypros.org.”

Tickets for the live concert fundraisers went on sale on September 10 and offer a schedule of different days at different locations with different artists. Tampa’s Yuengling Center will play host to the event on November 20; on November 21, the festivities move to the Hertz Arena in Estero; then, Orlando’s Amway Center shall host the final night of concerts.

What the concerts provide

Across the nights of concerts, John Fogerty will headline all three concerts, while other artists join or swap out with with one another. They include: Lauren Alaina, Cheap Trick, and Foreigner, with special guest Casey Bishop.

According to The Charity Pro’s, “The fundraiser concert events will help provide Educational Scholarships and grant a ‘Megan’s Wish’ to the children of our fallen Heroes.” The organization, which focuses heavily on children’s causes, added, “Join us for one of these amazing community events to honor our Heroes. Every day, we hear about the tragic stories of the front-line health care workers and first responders that lost their life to Covid-19 while working, protecting and fighting for each on of us. These true Heroes have left behind families and children devasted by their loss. Sadly, many have already been forgotten, but we are committed to helping these children in their healing and educational challenges.”