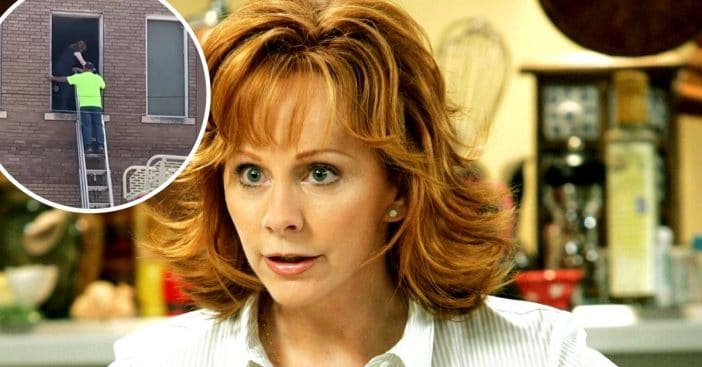 Singer and actress Reba McEntire was rescued from a historic building in Oklahoma after a stairwell collapsed. The building was said to be over 100 years old. News reports show Reba and other visitors being assisted out of a second-story window by firefighters.

Reba released a statement and confirmed that everyone was okay. She said, “While my team and I were in Atoka, OK yesterday checking out an old historical building, a staircase collapsed. Thankfully, no one was seriously injured. We were safely evacuated from the building thanks to the quick response from the Atoka fire and police departments.”

Another visitor named Coby Scherrill said, “We were just touring the building and the stairwell was weak but we did not realize how weak it was until several people had gone down it and then we heard the crash and saw the stairs fall.”

Reportedly, Reba was touring the building for an upcoming project but we don’t know any details about it. Glad that everyone was okay!