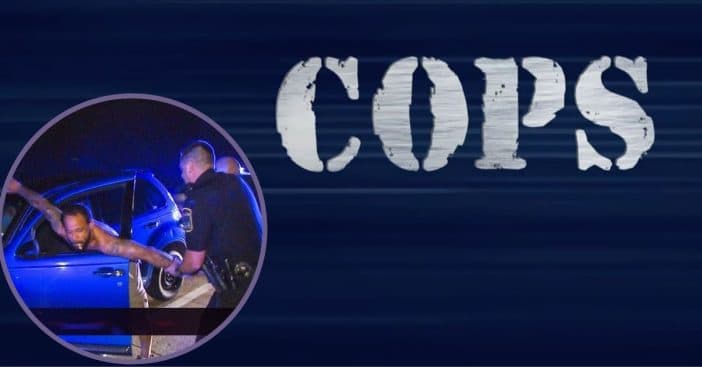 Reality TV show Cops is officially being rebooted by Fox News after it was canceled last year due to the BLM movement following the death of George Floyd. The conservative cable news network Fox News is now ordering a full season’s worth of new episodes to air exclusively on the Fox Nation streaming service. Additionally, 15 episodes from the last season of Cops which were stowed away as a result of the show’s cancellation will also be airing on Fox Nation.

Coinciding with this new partnership, Fox Nation is also offering free one-year subscriptions to first responders and will also be donating to Answer the Call, a nonprofit organization that provides financial support to the families of New York City first responders killed in the line of duty; $5 for each new subscriber who signs up this week.

Jason Klarman, president of Fox Nation, recently defended the decision to reboot Cops in an interview with The Los Angeles Times. He said, “It’s very acceptable to our audience who are cops and first responders and people from the military… I think they are big fans of the show and they miss the show. Putting it on a streaming subscription service isn’t making it available to everyone but it will be there for the people who desire it the most.”

RELATED: The Series ‘Cops’ Is Ending After 32 Seasons On Air

“It’s on a subscription service,” he adds. “It’s not over the free airwaves. If you don’t like the show, don’t subscribe. Cops shows cops working, and it’s an unvarnished look at that.”

Klarman adds that Fox Nation will be mindful of the racial makeup of suspects shown on the reboot of the show. “Part of our vetting process included a review of the offenders to be featured in the new season and ensuring that the shows would be representative of the entire population.”

Click for next Article
Previous article: Jennifer Aniston Gets Teary-Eyed And Emotional In Sneak Peek Of Ellen’s Farewell Season
Next Post: Why Angelina Jolie Did Not Want Ex-Husband Brad Pitt Working With Harvey Weinstein