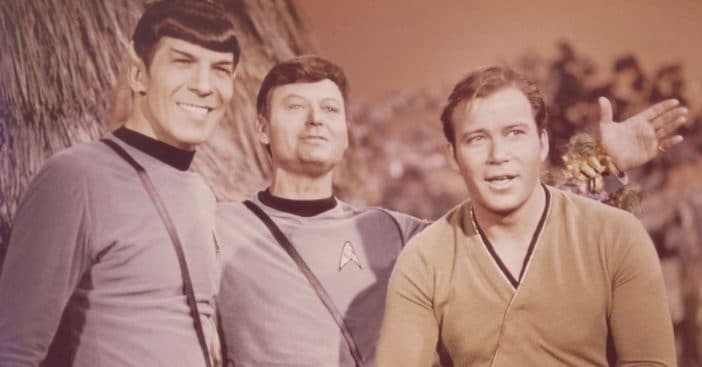 The original Star Trek series premiered in 1966. This year celebrates its 55th anniversary and the long-running franchise is holding a very special event! While the original series only lasted for three seasons, the show has had several spinoffs including TV shows, movies, and books. It still has a very dedicated fan base.

Cast members from the series will come together for a live stream event. The event will be hosted by Wil Wheaton, who appeared on Star Trek: The Next Generation. He will be joined by the daughter of LeVar Burton, who was also on the series, Mica Burton. There will also be a live orchestra performance composed by Jeff Russo, who does music for the current Star Trek series.

The original ‘Star Trek’ series is celebrating its 55th anniversary

If you’re interested in watching the event, you can stream it on the Star Trek website and Paramount+. They are even teasing some big announcements and never-before-heard stories from famous cast members. If you’re a fan, it doesn’t sound like you should miss out!

Currently, the franchise is airing shows Star Trek: Discovery and Star Trek: Picard. Do you prefer the original series or do you like one of the spinoff shows or movies?

Click for next Article
Previous article: Cindy Crawford Recreates ‘90s Pepsi Commercial For A Good Cause
Next Post: Rob Zombie Shares New Photos On The Set Of ‘The Munsters’ Reboot