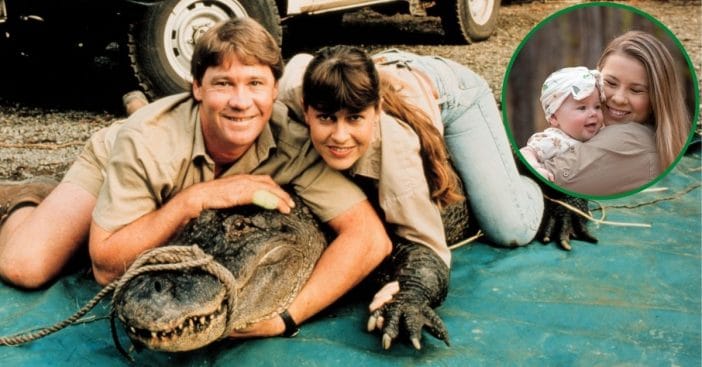 Bindi Irwin shared a touching post for her late dad, Steve Irwin, on the anniversary of his death 15 years later. She incorporated how much he continues to influence her life, including her daughter’s. She even says that her daughter, Grace, lights up when she watches videos of the famous crocodile hunter.

“This sweetheart has been watching her ‘Grandpa Crocodile’ on the projector at our camp here on the Steve Irwin Wildlife Reserve. She lights up when she sees him on screen,” Bindi writes in the caption.

Bindi Irwin’s daughter, Grace, lights up when she watches videos of Steve

“I wish with all my heart that Dad could hug my beautiful girl. It’s been 15 years since he passed away. I hold on to the thought that he’s her guardian angel now, watching over the most special part of my life, Grace Warrior.”

RELATED: We Remember The Famous Crocodile Hunter Steve Irwin 15 Years After His Death

This past Saturday marked 15 years since Steve’s death. He was tragically pierced by a stingray in September 2006 at the age of 44 while filming for a documentary. “He never thought he’d have a long life,” his wife, Terri, revealed in a 2018 interview. “He always kind of had this sense his life would be cut short.” Bindi was just eight years old when her father passed.

Bindi also shares that it has been “devastating” to become a parent without him by her side. “It’s hard knowing that she’ll never get to actually meet (my dad), and it’s devastating because I’ll never get to watch that connection,” she says in a clip from Animal Planet back in April. “But I cannot wait to be able to tell beautiful Grace all of these stories about Dad, to be able to share with her what an amazing father he was.”

17-year-old Robert Irwin, Steve’s son and Bindi’s brother, says Steve would’ve been “insanely excited” to be a grandfather to Grace. “I think it’s really special that as a family we get to remember him, honor him in absolutely everything that we do,” Robert says in an interview with ET back in February. “And make sure that that legacy never, ever dies no matter what. And now with a new little wildlife warrior taking on the charge, he would just be insanely excited. I can’t even imagine. It’d be amazing!”