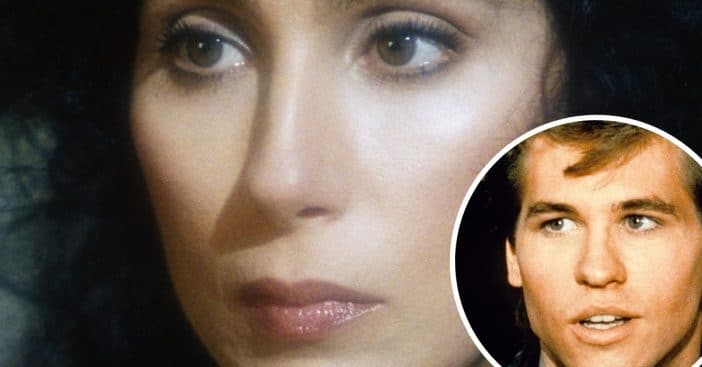 Cher recently admitted that she was madly in love with Val Kilmer and still has a beautiful bond with him. While they have quite the age difference, the now 75-year-old Cher met now 61-year-old Val in the ’80s.

Cher revealed, “He’s like nobody I’ve ever known. He is exasperating and hysterical. Thrilling and funny, and doesn’t do what anyone else does.” She said that they met at a birthday party and Cher’s friend wanted to set her up with him! Turns out it was a good choice. They became fast friends. She said they called themselves Sid and Ethel.

Cher opens up about her relationship with Val Kilmer

Cher continued, “Our sense of humor, and what we would put up with from one another, was more than I think I’ve ever had with any other guy. He would just go off and do his own thing and you just had to be prepared. And he was so beautiful. It went from madly in love and laughing hysterically to respecting each other’s ability.”

Cher has seen the documentary about Val’s cancer battle simply titled Val. She said that he was very brave to share and knows he’s a true artist. She said she wrote to him, “Valus Maximus, I’m sorry if I did anything to piss you off or hurt your feelings. I love you and your documentary was all things… I love the things that pissed me off, the things that made me hysterical, amazed, hurt, astonished, etc. You are brave and beyond brilliant. Ethel.”

Watch the trailer for Val below:

Click for next Article
Previous article: ‘Full House’ Star John Stamos Recovering From Surgery
Next Post: Top Nostalgic Movies To Pass Down To Your Kiddos On The Next Family Night