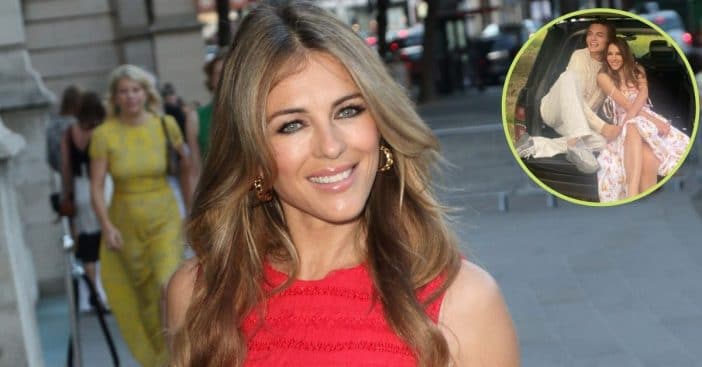 It turns out that Elizabeth Hurley’s son, Damian, has been disinherited from the family fortune, courtesy of grandfather Peter Bing. A multi-million dollar trust plan and two grandchildren born out of wedlock later, Damian and half-sister Kira Bonder, who were both born out of wedlock, will not be part of the inheritance. This leaves them with nothing, according to WealthManagement.com.

Damian and Kira had actually recently won a court battle against their grandfather to receive a share of the trust, but Bing managed to reverse that by convincing a judge. Elizabeth calls the treatment of her son by his grandfather “callous.”

“When Stephen took his own life, he died thinking his children were going to be taken care of,” Hurley said in a statement, according to Daily Mail. “What Stephen wanted has now been callously reversed… I know Stephen would have been devastated.”

Damian recently broke his silence on Instagram alongside a family photo. “Grateful for my beautiful family, today and every day,” he captioned the photo, which included his mother and grandmother. Fans immediately knew what he was subtly addressing. “This is honestly the classiest way to handle this horrible thing that happened,” one follower writes. Another says, “Absolutely, you have an amazing family.”