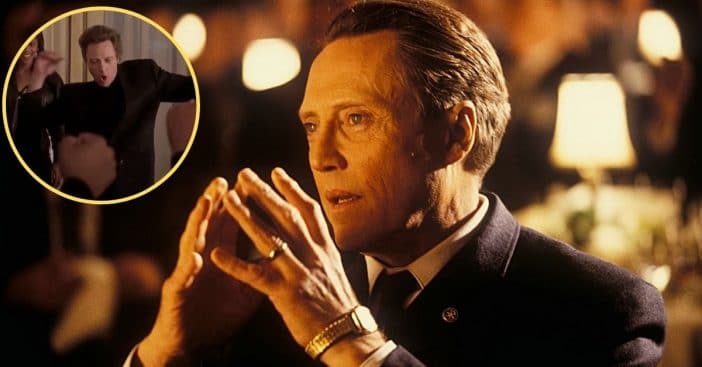 Christopher Walken is known for putting down the moves in some of his films, and now there is a music video compiling his dancing in over 50 movies of his! It was several years ago when someone from HuffPo Entertainment created the music video of Walken but was subsequently taken down. Then, it re-emerged by 2014 and has thankfully stayed put since.

Walken became known as a more serious actor when he was seen in 1977’s Annie Hall and 1978’s The Deer Hunter. So, by 1981, it’s safe to say people were a bit shocked when he was seen tap-dancing in Steve Martin’s Pennies From Heaven. But he’s actually pretty good!

Christopher Walken dancing is exactly what the Internet needs

Did you know that Walken actually began his career as a dancer? He began taking his very first dance lessons at the age of three. “It was very typical for people—and I mean working-class people—to send their kids to dancing school,” he says to Interview Magazine. “You’d learn ballet, tap, acrobatics, usually you’d even learn to sing a song.”

He specifically studied tap dance and even toured in musicals. Walken actually danced with a young Liza Minelli! “I’d been around dancers my whole life, having watched my parents make musicals at MGM, and Chris reminded me of so many of the dancers I knew growing up,” Minelli apparently said, according to Entertainment Weekly. “He’s talented in every way.”

A man of many talents

Craig Zadan, who is the Executive Producer of Peter Pan Live!, is also in 100% agreement with Minelli. “I think that if he had been around in the heyday of MGM, he would have been a big star of musicals on film,” he tells Entertainment Weekly.

Okay, okay, you’ve probably heard enough and want to see the dancing. I understand. Check out the video below to view the full compilation – and get ready to be amazed, impressed, and entertained.

Click for next Article
Previous article: Barbra Streisand Is Now Criticizing ‘A Star Is Born’ Remake
Next Post: Ozzy Osbourne’s First Iconic Solo Song Still Has ‘Mistake’ In It