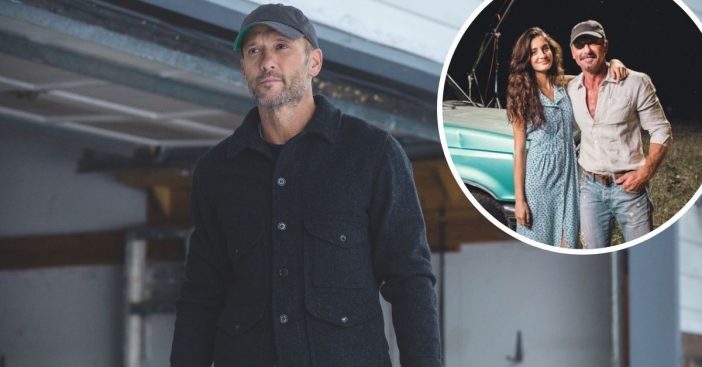 Tim McGraw and Faith Hill‘s 19-year-old daughter Audrey made her acting debut in one of her dad’s music videos. She appears in his newest music video for the song “7500 OBO.” Audrey appears in the video as a teen with a broken heart after her boyfriend moves away.

This is the third single from Tim’s 16th studio album. The album was released just a year ago. Tim shared a selfie with Audrey, expressing his excitement that she was able to act in his music video.

He wrote, “Couldn’t be more thrilled to have my youngest daughter, Audrey, play the lead role in the music video for #7500OBO!!! Be sure to check out the premiere on @youtube this Friday at 5pm CT, and stick around for the YouTube Premium-exclusive afterparty after the video premiere for a special interview and performance!”

Tim and Faith also have two other daughters, Gracie, 24, and Maggie, 23. Tim also joked about watching his daughter kiss an actor for the video. He said, “I tried to yell “cut” but I didn’t get there quick enough. I’m not gonna beat him up. I guess I’ll let him slide on this one. It’s not easy for a dad to watch.”