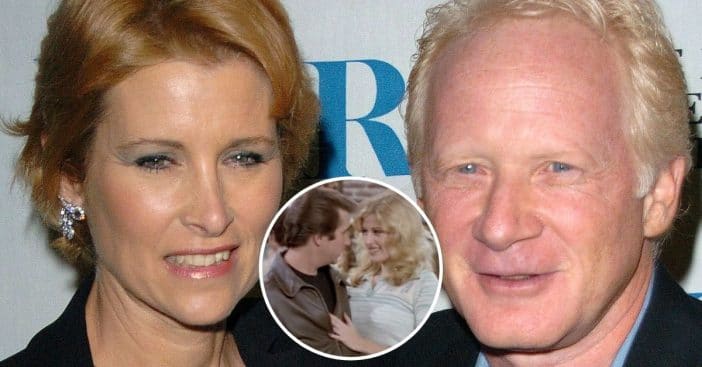 Don Most is best known for playing Ralph Malph on Happy Days. Turns out it wasn’t just a great job for his career but for his love life as well! He met the love of his life and his wife while working on the show. Don’s wife is Morgan Hart, who made an appearance as a girl named Angela on the series.

On the show, she played a love interest for Fonzie, but she fell for Don in real life instead! As soon as they met on the set, they started dating and got married about two years after the Happy Days episode aired on television.

They are still together and have two children! He once said that meeting Morgan and having a family made him realize that money and success weren’t all that he needed in life. He cut back on acting to focus on his family.

RELATED: The Filming Style Of ‘Happy Days’ Was Inspired By Another Popular Series

Don said, “Having a family made me realize that too much emphasis is placed on things of a material nature. Sure, it’s important to [have security], but the emphasis on [wealth] is out of balance. There are so many other things that can bring you peace and contentment.”

Before they got married, Don said that he was a little nervous about being an actor and getting married to an actress. He said, “I was concerned about possible career conflicts. Egos come into play, such as when one person is doing better professionally than the other. There’s also the chance to meet lots of interesting and attractive people. In our situation, I think we can work it out.”

Click for next Article
Previous article: This Is Why Dolly Parton Stopped Wearing Bathing Suits In The ‘70s
Next Post: Waffle House Waitress Receives $1,000 Tip From A Country Music Star