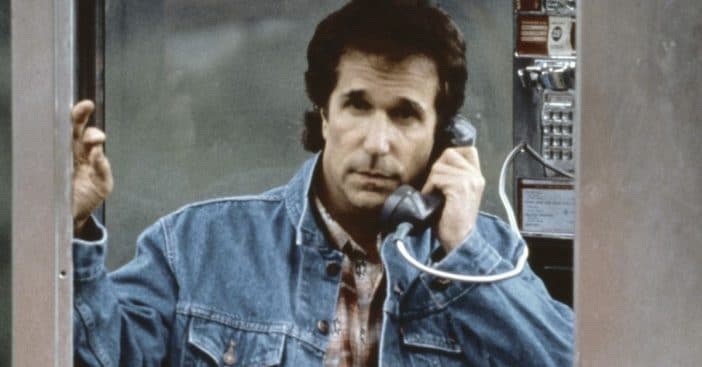 Henry Winkler recently called his childhood neighbor, and crush, for her 101st birthday – how sweet! Florence Keller just turned 101 years old. She lives in New York City in the same apartment building as then-10-year-old Winkler in 1955. Natalie Liebovits-Zaidenberg, Florence’s granddaughter, grew up on hearing the stories on how Winkler had the hots for Keller all those years ago as he grew into his own celebrity status.

So, for her grandmother’s 101st birthday, Natalie tracked him down to get a special birthday surprise for her grandmother. “He called and he was lovely. He just said he wished her a happy birthday, and said he appreciates that we have followed his career this whole time. They spoke for about five minutes. We were all excited,” she tells Page Six.

Winkler has a reputation with PR professionals for being one of the coolest and nicest celebrities around. Sadly, Keller has Alzheimer’s, so this birthday surprise brought immense joy to the whole family. “My grandmother has Alzheimer’s, but whenever she watches TV and he comes on, she goes, ‘It’s Henry,’ and gets very excited … Sometimes she doesn’t remember us so it’s really special,” Natalie says in the interview. “He’s ‘the Fonz.’ It was just so cool. It was a story I grew up with my whole life that was a great NYC story. But to see it be real was very special.”

And for Winkler himself, making that phone call was no trouble at all – in fact, he jumped on the opportunity! What a sweet story, and even bigger of a testament to his character.

Click for next Article
Previous article: Clint Eastwood’s “Secret” Grandson Will Be Competing On ‘The Bachelorette’
Next Post: During His Time As Disc Jockey In Vietnam, Pat Sajak Accidentally Cut Off President’s Speech