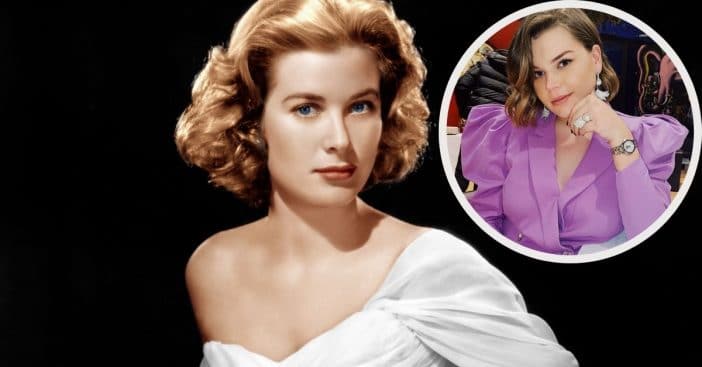 After an acting career that stood out in part thanks to her unparalleled radiant looks, Grace Kelly stepped down after six years to focus on her marriage – and royal position in Monaco. Some of those exceptional looks stayed in the family, down to her granddaughter Camille Rose Gottlieb.

Today, Camille is 23 years old and looks more and more like her famous grandmother every day. Right off the bat, she bears strands of blonde hair and striking blue eyes that immediately bring to mind visions of Grace. Plus, she has a royal legacy of her own to shoulder.

As if being related to the classic beauty and talent of Grace Kelly wasn’t enough, Camille Rose Gottlieb is part of royalty – literal, not just Hollywood royalty. She is the daughter of Stéphanie Marie Elisabeth Grimaldi, who in turn is the youngest child of Grace and Rainier III, Prince of Monaco. Stéphanie has two siblings: Princess Caroline and Prince Albert.

RELATED: Grace Kelly’s 6 Granddaughters Are Absolutely Beautiful — See What They Look Like Today

While Grace did marry Prince Rainier III, her daughter Stéphanie did not marry former palace bodyguard Jean-Raymond Gottlieb, with whom she had Camille. As a result, Camille is not next in line to the throne of Monaco. Camille does have two half-siblings, whose father is Daniel Ducret, who Princess Stéphanie did marry.

If not ruling, what does she get up to?

Because her parents never married, Camille has no claim over governing any part of Monaco, but she still feels nothing but love for her mother and father, going so far as to say, “My father is my right lung, my mother is my left lung. Without them, I could not live.” And even though “they did not stay together very long,” Camille still feels “very lucky” and says she “would not trade my family for another—for nothing in the world.”

During the night of June 15 to 16, "Test in the city … at night!", The first nightly version of the mobile HIV test, was held in the port of Monaco. Princess Stephanie paid a visit and Camille also participated. pic.twitter.com/2lwj80a9Ox

Camille never had a chance to personally meet Grace Kelly, as the latter had tragically died sixteen years prior to her birth, but she derives immense pride in any comparisons to her. She’s said, “I was especially honored to be told about this resemblance to my grandmother. Every time my mother tells me about her, it’s to say what an extraordinary woman and what an exemplary mother she was.”

She channels her grandmother by getting as engaged as she was in philanthropy and charity, which led to her founding Be Safe Monaco in 2017, an organization dedicated to combating drunk driving. Camille may not be able to get Grace’s immediate blessing, but she has her own mother’s who says Camille was “made to help others,” and that counts for quite a lot! She’s already taking after her famous grandmother in the most important ways!